PGC Helsinki Digital: "It's not about working from home, it's about freedom of location," says former Sony director Shahid Ahmad

Commented was made during 'Going Indie After Covid' panel 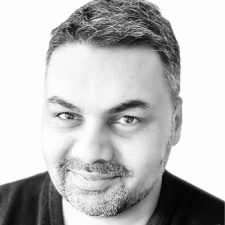 Remote working should is "not about working from home, it's about freedom of location," according to former Sony director of strategic content Shahid Ahmad.

"You should not have to be co-located in an office to do great work," said Ahmad. I've always believed that work should fit into your life and not the other way round."

Ahmad took issue with the term 'work-life balance', believing it to be "cynical" and "prejudicial" as it puts work first.

"Why isn't it called life-work balance?" he said.

Why isn't it just called life-balance? Isn't work a part of life, os it someone trying to suggest that life is a part of work?"

Speaking on the coronavirus pandemic, Ahmad explained that we should see two things from business leaders as a result.

"The first thing is that because we won't necessarily come up with the solution we want, we'll have to adapt," he said.

"The other thing is that the pandemic has given us an opportunity to reset. If we look at both of those, the leaders who are able to adapt to change they're going to do so. These are the ones with the soft skills, to have the self-awareness that their company will be affected by their actions."

Shortly afterwards, Ahmad recalled speaking to Sony Interactive Entertainment president and CEO Jim Ryan and why he believed "Culture is set by the leader" and the rest will follow.

Sony recently made a strategic investment of $250 million in Fortnite creator Epic Games.