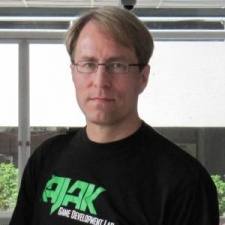 Not only has esports as a whole been on the rise in recent years, but it has had a surge in popularity on the mobile platform.

As part of Pocket Gamer Connects Helsinki Digital, Critical Force CEO, Founder and chairman of the board, Veli-Pekka Piirainen took to the stage to discuss the current state and the future of esports.

Currently, China and South East Asia are leading mobile esports, with the sector proving most lucrative in China. One of the biggest companies in the esports space is Tencent; the Chinese tech giant has several games within the competitive gaming market – PUBG Mobile and Honor of Kings.

Esports and the increase in mobile usage around the world will be a primary driver for growth within the digital games market over the next five years. One reason for this being how much easier it is for people to gain access to a mobile device.

Already, mobile gaming revenue has topped that of PC and console revenue. This number is expected to increase as the mobile game market continues to grow in key areas such as South East Asia, Europe and North America.

Vain Glory by Super Evil Megacorp proved to be a pioneer for mobile esports following its release in 2014 as its 2016 world championship had a prize pool of $175,000.

Supercell's Clash Royale has prize pools of up to $400,000 and has p[roven extremely popular since its launch in 2016. Next, Mobile Legends, which was also released in 2016, has prize pools worth up to $300,000 and is especially popular in South East Asia.

Free Fire by Garena is another popular esports title, having hit 500 million downloads this year. The battle royale has tournaments that are worth up to $400,000. It is well-liked within the Asian regions. Fellow battle royale, PUBG Mobile, has prizes up to a staggering $600,000 and has smashed through 600 million downloads worldwide. It came to mobile devices back in 2018.

Finally, a second, Tencent title, Arena of Valor, also known as Honor of Kings, has a prize pool of up to $600,000 and is popular in South East Asia and China. So far, it has racked up more than 200 million downloads.

While the above games may be a dominant force within the esports scene, Brawl Stars is on the rise, as was Fortnite before it was removed from the App Store. Of course, Call of Duty mobile is an esports challenger, as is the upcoming League of Legends Wild Rift.

Mobile esports will overtake PC esports within the next five years. Moreover, it will benefit from industrial stability.