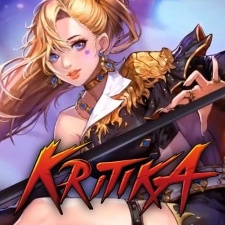 Com2uS has purchased a 57 per cent stake in fellow South Korean developer AllM.

The acquisition will be used to bolster Com2Us's (which is owned by GameEvil) expansion into PC games, alongside taking advantage of AllM's IP and subsidiary mobile game developer Funflow. As part of the undisclosed deal, Com2Us will now own all management rights to the company too.

Founded in 2000, AllM is best known for the Kritika series, with the online version of the anime brawler originally launched in China in 2015, before launching globally on Steam in 2019. The studio claims that the game is played by more than 20 million people across 70 countries.

Roonia Electric is another title from the studio, which again is claimed to have over five million users in over 80 countries. It also was given the Presidential Award for Digital Contents in 2007.

Com2Us will further collaborate with subsidiary Funflow, which developed mobile titles Heir to Light and Kritika: Knights of Heaven.

The studio is currently working on a collectable mobile RPG based on The Walking Dead, after Com2us became the lead investor in a new funding round from media producer Skybound Entertainment.

Alongside this, Com2Us looks to utilise AllM's in-house engine to "actively develop new games and co-operate on global services".

Only in October did Com2uS acquire Out of the Park Developments (OOTP) for an undisclosed amount, showing its continued efforts towards mergers and acquisitions.

This isn't the only acquisition news today, as the Embracer Group revealed that it will be picking up Aspyr Media for potentially $450 million, as well as mobile developer Easybrain for $640m.