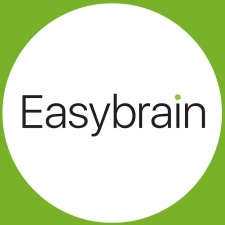 As part of the deal, the company will receive $640m in stock and a potential extra $125m as a bonus, according to VentureBeat.

Easybrain is best known for its series of apps inspired by classic puzzle games, including Sudoku.com, Nonogram.com, and its musical apps Drum Pad Machine and Groovepad. In December 2020, the company hit 750 million total installs across the App Store and Google Play.

The acquisition is Embracer's third of the day - the company also announced the purchase of Borderlands behemoth Gearbox Software and publisher Aspyr Media earlier on. Those deals are valued at $1.6 billion and $450 million respectively.

“I am excited to welcome Peter, Matvey, Oleg and the entire Easybrain team to the Embracer family,” said Embracer Group CEO Lars Wingefors.

“Easybrain is a highly diversified growth business with a market-leading position in timeless puzzle and logic games. They are an extremely experienced and process-driven team with a superior tech platform and world-class UA capabilities. Easybrain has repeatedly demonstrated the capability to develop, scale globally, and operate category-leading puzzle and logic games. By joining forces with Easybrain, we have meaningfully accelerated Embracer’s mobile and free-to-play business.”