Development studios and IP to be sold for $300 million 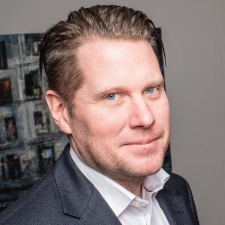 Embracer Group has announced the agreement to acquire Square Enix studios Crystal Dynamics, Square Enix Montréal, and Eidos Montréal, and studio-related IP including Tomb Raider, Legacy of Kain, and Deus Ex among others.

In total, the purchase price is $300 million, to be paid in cash and in full at closing. The deal is expected to be completed during Q2 2022 – between July and September.

Square Enix has stated that the transaction will support “accelerat[ed] growth” in “investments in fields including blockchain, AI, and the cloud”.

While the deal moves a number of heritage IP from Square Enix’s control, the firm stated that its “overseas studios will continue to publish franchises such as Just Cause, Outriders, and Life is Strange”.

Lars Wingefors, co-founder and Group CEO of Embracer Group, commented: “We recognise the fantastic IP, world class creative talent, and track record of excellence that have been demonstrated time and again over the past decades. It has been a great pleasure meeting the leadership teams and discussing future plans for how they can realise their ambitions and become a great part of Embracer,”

Phil Rogers, CEO of Square Enix America and Europe, stated that “Embracer is the best kept secret in gaming: a massive, decentralised collection of entrepreneurs whom we are thrilled to become a part of today […] Embracer allows us to forge new partnerships across all media and to maximise our franchises’ potential”.

The deal encompasses over 1,100 employees across eight locations and three studios, although no comment has been made on redundancies as a result of the acquisition.

PocketGamer.biz does not to express how impactful 2022 has already proven for acquisitions, with deals made in Q1 2022 alone already dwarfing those made throughout the entirity of 2021. However, Square Enix's sale of a collection of its western studios for $300 million pales in comparison to the 10 biggest acquisitions in the games industry.