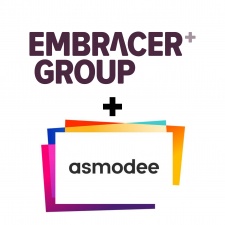 An additional consideration of €360 million ($395 million) to be paid in Embracer B shares provided certain conditions are met.

The acquisition marks the ninth operative group acquired by Embracer, however, Asmodee will continue to operate as prior to the transaction no company restructuring will occur. Asmodee CEO Stéphane Carville will continue to lead the firm alongside his management team.

The remaining four per cent minority shares of Asmodee are subject to put and call options that are exercisable in years two, five, and six after completion.

Original story: Embracer Group has revealed that it is in discussions to purchase French digital board game publisher Asmodee Group for $3.1 billion with majority shareholder PAI Partners.

If successful, the purchase will be for $3.1 billion with approximately $397 million paid in newly issued shares.

Asmodee Group is one of the largest firms within the board games market and consists of 22 fully owned subsidiaries and over 300 IPs. In 2020, the firm sold over 39 million games globally.

Following the transaction, which is forecast to take place in the first half of 2022, Asmodee will continue to operate independently and will not undergo any organisational changes, with CEO Stéphane Carville continuing to lead.

"I’m thrilled at the prospect of the project of pursuing our ambition with Lars Wingefors and the Embracer Group," says Asmodee Group CEO Stéphane Carville.

"Embracer and Asmodee share strong values centered on putting the best teams together to provide our players with the best experiences on the planet."

Once acquired, the number of studios under the Embracer Group will exceed 100, and will include over 500 IPs and brands.

Embracer Group co-founder and group CEO Lars Wingefors added: "I am delighted we have made an offer to welcome Asmodee to our growing Group. Asmodee would become our ninth operating group, moving Embracer towards becoming a leading independent global gaming ecosystem with several market leading positions in line with the successful Embracer strategy to build on passionate entrepreneurs and creators with a decentralized operating model."