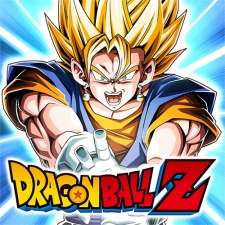 Originally launched on January 30th, 2015, the free-to-play mobile title based on the popular anime has gone on to accumulate another $1 billion in 20 months. It surpassed the $2 billion milestone in 2019.

Players in Japan continue to be the highest spenders around the world at $1.8 million, or 60 per cent of the total revenue. The US then secured second spot, before France claimed third position. App Store users accounted for the majority of lifetime player spending at 51.6 per cent, with Google Play then picking up the remaining 48.4 per cent.

Dragon Ball Z: Dokkan Battle was noted as the third highest-grossing puzzle RPG worldwide in the first half of 2021, bringing in close to $260 million. Only Monster Strike from Mixi and Puzzle & Dragons from GungHo bettered Goku and friends.

In its six and a half years since launch, Dragon Ball Z: Dokkan Battle has accumulated 67.4 million downloads. Japan once again ranked in first position with 11.5 million, or around 17 per cent of the total. The US and Brazil followed in second and third, respectively.

Google Play claimed 76 per cent of all downloads, while the App Store made up the final 24 per cent.

Sensor Tower attributed the success of the game down to Bandai Namco's live operations and annual in-game events that continue to engage players.

Dragon Ball Z: Dokkan Battle is now just outside of the top 10 highest-grossing mobile games of all time, a huge achievement.