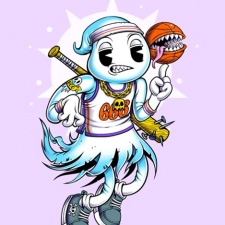 Game developer Yomi Games has announced the raising of $2 million in a seed round following its first NFT launch.

Yomi Games has stated that it aims to be the "Zynga of crypto" with casual, social games that are more accessible to those new to crypto gaming. The firm has outlined that it will take a mobile-first approach to releasing titles.

The studio plans to put the seed round funds towards reaching its vision of creating blockchain games for casual audiences.

It launched with an accompanying minigame called Oni Mansion, wherein these NFTs serve as playable assets. Players can collaborate in the game to customise an NFT mansion and take part in daily missions to earn tokens, which can be used in turn to further upgrade mansions.

"We want all of our games to be as accessible as possible to the broadest audience and onboard people new to digital collectables and gaming NFTs,"

Yomi Games is one of a number of studios looking to bring blockchain games to mobile audiences. Recently, Battlebound (whose founders a former Riot Games staff) raised $4.8 million in its seed round after partnering with a number of NFT collections.

Since then, The Sandbox developer Animoca Brands revealed its acquisition of France-based Eden Games to bring blockchain to racing games.