First game will launch on PC and Mac, then coming to mobile 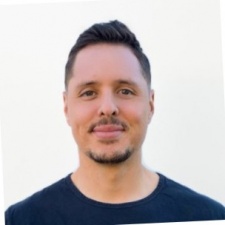 Remote-first studio Battlebound has secured a $4.8 million Seed Round led by a16z, in addition to raising $3 million in NFT Sales.

The funding round was led Andreessen Horowitz (a16z) and featured participation from Play Ventures and Dapper Labs, alongside a slew of angel investors.

Battlebound was founded in 2021 by ex-Riot Games Adam Hensel, who has previously worked on League of Legends and Teamfight Tactics. With a team comprised of developers from Blizzard, Ubisoft, and NCSoft, two titles are currently in development at Battlebound.

Two titles on the way

Funding from the Seed Round will enable Battlebound to scale its titles up and to release them more quickly. The studio has plans to open physical headquarters eventually, specifically for developers who have a preference for working together in person.

Currently on PC and Mac, Evaverse is a web3 multiplayer game due to launch on mobile devices at a later date. This is Battlebound's metaverse and has partnered with a number of NFT collections to integrate playable avatars. The studio’s second title, "Project A", is a creature collection and battle game.

Anzu recently revealed that it has raised $20 million from its latest funding round, bringing its total capital raised to date up to $37 million.