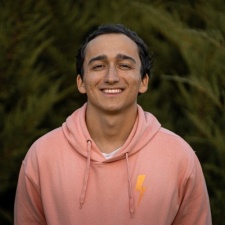 Update: Volt Games has raised $1.5 million from its Seed round, led by hypercasual powerhouse Voodoo. The round featured participation from Shilling and Aream & Co, alongside angel investors, including Chris Lee, Rui Pereira, Niall Curran, and Sebastien Borget.

"It feels great to get our investors’ recognition of the culture, talent and vision we’ve been building over the past 2 years," said the Volt Games founding team in a statement.

"This amount will allow us to fuel the MetaStar Strikers project and take it to the next level!"

Original story: French hypercasual publisher Voodoo has revealed that it will lead a seed funding round for Lisbon-based mobile games developer Volt Games.

Volt and Voodoo have collaborated to test and launch games since 2020 and more recently as the studio has announced its transition into the development of blockchain-based mobile games.

The announcement follows Voodoo’s pledge in December last year to invest $200 million into blockchain-based mobile games to bring them to the casual mobile games audience.

"The team already has an impressive track record in building entertaining mobile games and we’re looking forward to helping them build future success in blockchain gaming."

Volt Games co-founder and CEO Pedro Cabaço added: "It’s a truly exciting time for the gaming industry where Play & Earn has been rising in popularity and partnering up with Voodoo and our other investors feels like the right move to make a big impact in this space."

Volt has already started development on its first NFT mobile game, MetaStar Strikers, a football-themed game with a 'score and earn' model that sees players compete online to collect NFTs.

Cabaço continued: "With MetaStar Strikers and the MetaStar brand, we’re not just building a football game - we’re creating a fully interoperable sports metaverse featuring other sports games like basketball, tennis or golf. Here, most NFTs and the game’s currency will be usable in all games, adding more utility and value to these assets."