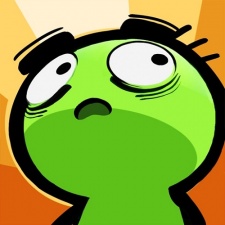 A clone of social deduction mega-hit Among Us known as 'Werewolf Among Us' has generated an estimated 663,000 in mobile downloads, according to Sensor Tower.

Developed by Shenzhen Youliang Technology, the game pits villagers against werewolves in a castle setting, where it's up to the former to utilise their magical shields to resist the invasion of the latter.

Werewolf Among us has gone on to top the free game download chart on the App Store in China, since launching in the country on October 28th, 2020. In November, the title secured more than 100,000 installs in a 24-hour period. This was during the same period where Innersloth's Among Us was arguably at its peak, surpassing 200 million downloads on mobile alone.

Since then, downloads have slowed with the game ranking at 974th position across China's App Store on January 6th, 2021.

It's been confirmed that 96 per cent of downloads originated from China (the only place it has officially launched in). Additionally, no revenue has been tracked as the game does not offer any in-game purchases and is free-to-download.

On top of this, Shenzhen Youliang Technology launched an international version of Werewolf Among Us outside of China called Murder Party.

Made available from December last year, Murder Party has not found as much success with 29,000 installs to date, 19,000 of which were picked up by players in the US. The international version does, however, contain in-app purchases and as a result, has amassed approximately $1,000.

None of this will likely impact the success of Among Us as the game was recently declared "the most popular game ever" via a report by SuperData.

This is not the first time a popular game has seen clone versions of itself on the mobile market, with Fall Guys clone 'Fall Gang: Knockout' bringing in 81,000 downloads before being removed from App Store in August last year.