It had a huge spike in downloads in August and September 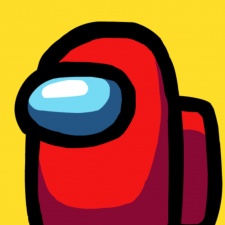 InnerSloth's online multiplayer party title Among Us has hit 86.6 million downloads, according to Sensor Tower.

The game has hit the milestone just over two years after its June 2018 release. Last month, Among Us, experienced incredible growth as its install rate grew by 661 per cent month-over-month, generating 18.4 million.

However, the growth has continued in the first half of September, as the online party game brought in almost 42 million downloads, a month-on-month increase of 127 per cent. Moreover, across the combined 45 days of August and September, the game accumulated 70 per cent of its total installs.

At 20.5 million, or rather 23.7 per cent, the US accounts for the majority of Among Us' installs. Meanwhile, the game also proved popular in Brazil, which has racked up 16.6 million downloads, or instead 19.2 per cent. Mexico rounds up the top three at 6.8 million downloads, the equivalent of eight per cent.

Among Us has proven to be most popular on Android devices as Google Play accounts for 69.8 per cent of all downloads with 60.4 million, meaning the App Store makes up the other 30.2 per cent with 26 million.