"Creating an MMORPG that anyone can play": The making of Lineage 2 Revolution

Behind the scenes with Netmarble Game Director Cho ShinHwa 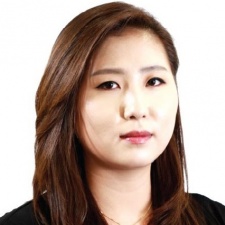 It's safe to say that Lineage 2 Revolution has been a huge success for Netmarble.

On the face of it, this hardcore MMORPG based on a PC title is one that caters to a relatively niche audience.

But despite only being available in South Korea, the game hit $100 million in revenues within 18 days - $176 million in a month - powering its developer to an 81% leap in profits.

For context, Pokemon GO was slower to reach $100 million despite being available in multiple countries at launch.

Indeed, Lineage 2 Revolution managed to top the worldwide grossing charts for February from its South Korean success alone, and Netmarble is now in the process of gearing up for a global release.

As such, PocketGamer.biz reached out to Game Director Cho ShinHwa to go behind the scenes on the making of a mobile phenomenon.

PocketGamer.biz: Lineage 2 Revolution is an adaptation of a PC MMO. When did you decide that it could also be a good fit for mobile?

Cho ShinHwa: Netmarble has released a string of successful RPGs, including but not limited to Monster Taming, Seven Knights and EvilBane: Rise of Ravens.

Whether it’s casual RPGs, turn-based RPGs or action RPGs, Netmarble has always managed to stay ahead of the RPG trend with its superior games and anticipatory strategy.

We analysed the constantly changing mobile RPG market and decided to challenge the MMORPG genre.

Lineage 2 Revolution is not a simple adaptation of a PC MMORPG; we analysed the constantly changing mobile RPG market and decided to challenge the MMORPG genre on the mobile platform, despite the difficulties in meeting the standards of quality.

Since before the advent of top-quality action RPGs, Netmarble has been analysing the changing market trends and delving into preemptive strategies.

We anticipated that the time for MMORPGs would come, and we began the search for the strongest IP for the genre. We found the perfect partner in Lineage.

The combination of Lineage 2 Revolution’s gameplay and the Lineage IP has created marketing synergy that led to explosive results.

Did you make any mobile-specific changes for this version?

We took the core graphics and concept of the PC version and optimised it to the mobile platform and structure, essentially creating a whole new game.

We paid particular attention to the UI and the flow of the game in order to prevent complications that could arise when trying to adapt the huge amount of content.

We had to simplify the rules to certain content, such as the Fortress and Castle Sieges, in order to properly portray their large-scale battles on the mobile screen and for easier controls.

Your vision was to bring Lineage to mobile "without sacrificing graphics quality". How big an undertaking was this?

When the original Lineage was released in 2002, it boasted some of the best graphics for a PC game of its time.

However, the standard of quality has changed significantly for the PC and mobile markets of 2017, and we pooled our graphics resources into re-developing the game and properly elevating the original’s concept.

How big is the team on Lineage 2 Revolution and how long was the total development time?

We cannot reveal the exact number, but we can share that the development team for the Korean build has over 100 members.

There are separate teams assigned to different countries in preparation of the global release.

How did you set about balancing which aspects of the game the player controls, and which are automated?

Automated controls constitute a large part of the gameplay.

We’ve designed the gameplay for full efficiency: we automated the basic features that help the individual growth of the player, while elements that require parties and PvP are controlled manually.

Lineage 2 has been phenomenally successful in South Korea so far. Why do you think it's resonated so much with users?

The Korean market is inundated with puzzle games, casual RPGs and action RPGs, while MMORPGs are usually reserved for hardcore players.

Unlike other MMORPGs, Lineage 2 Revolution has been optimised for the mobile platform.

Unlike other MMORPGs, Lineage 2 Revolution has been optimised for the mobile platform, making it easily accessible to players who generally enjoy other genres and thereby attracting a large number of mobile gamers.

Furthermore, we’ve managed to draw in PC gamers who enjoy MMORPGs by creating a game that supports large-scale content, open fields and sieges between clans - all features that were available in past PC MMORPGs.

In other words, our game was perfectly adapted to the mobile platform while retaining the core, nostalgic factors of a PC MMORPG, and this perfect balance is the key to our success.

What was your thinking in regards to monetisation design?

A business model is designed around creating profit, but it must also be designed to have significant worth for the players.

Lineage 2 Revolution rejected the usual business model where players would hit a paywall or the gameplay would become significantly easier once purchases are made.

We designed a business model where if the player decides to pay, they receive an additional boost that is helpful but not imperative to the gameplay. The main gameplay simply requires enough effort on the part of the player.

In other words, a player can fully enjoy the game without having to spend money, but if a player decides to pay, their time and efforts will be reduced as a result.

We’ve created a system where a certain level of worth is maintained through our top-quality graphics and the Trading Post.

We hoped to create a balance of the suitable amount of money spent and the amount of time spent playing. This was our thought process as we developed the business model for Lineage 2: Revolution.

Why did you decide to launch only in South Korea initially and what changes will you be making for the worldwide launch?

As previously mentioned, Lineage 2 Revolution was an experiment to change the mobile MMORPG paradigm that MMORPGs are enjoyed only by hardcore gamers.

Our overseas branches are pooling their knowledge for the global launch.

In order to properly evaluate the challenge at hand, we had to launch in the market that Netmarble knows best: South Korea.

Lineage 2 Revolution became the top game in South Korean thanks to our knowledge of the market as well as our past experiences of having launched and serviced number one hits.

It also helped that the Lineage IP is well-known in South Korea. Following in the above pattern, currently our overseas branches are pooling their knowledge and expertise in order to create the best game for the global launch.

It was no easy task to develop and optimise the game using the Unreal 4 Engine, known for its top-notch graphics, in order to provide the best quality for our players.

It wasn’t particularly difficult to develop a game that caters towards hardcore gamers who already possess high-end devices, but our initial goal was to create an MMORPG that anyone can play.

So we needed technical research and a development that could accommodate a wide range of devices and network environments.

As a result of our efforts, Lineage 2: Revolution boasts top-quality graphics, an expansive world and the ability to support over 7,000 players logged in concurrently.

How do you reflect on the game's Korean launch? Are you happy with the reception thus far?

In terms of achieving our goal of popularising MMORPGs for the masses, we believe that the results have been positive, as proven by the love and support given by our players.

But we’ve yet to fully satisfy our players, so we plan to provide constant updates to improve the game.

We will be providing updates regarding the content that received positive feedback, which include our high-quality graphics, dynamic action experience and sieges between clans.

Also, we are working on adding and improving new content like large-scale boss raids, extraction and crafting systems common in MMORPGs, and collaborative content between clans.

Since its launch on December 14th, 2016, Lineage 2 Revolution has recorded a total of five million players and DAUs of two million within the first month.

Lineage 2 reached the top spot in the App Store within eight hours of the launch, and hasn't left since.

The game’s first month sales from South Korea alone recorded $176 million, holding its own against the top games in the global market.

According to App Annie’s worldwide sales index for the months of January and February of 2017 for both the App Store and Google Play, Lineage 2 Revolution placed second in terms of the top grossing games.

What's next for Lineage 2 Revolution?

We believe that we’ve succeeded in popularising the mobile MMORPG genre for the masses.

But the challenge doesn’t stop here. We will continue to come up with innovative content and more efficient systems that were previously hard to imagine for the mobile platform.

We have the grand plan of creating another world that goes above and beyond PC MMORPGs.

We will provide our players with a game that doesn’t stop at being a game that individuals can enjoy on their own. We hope to create a community within the game where players can interact and collaborate, impelling them to continue playing for a long time.

How does Lineage 2: Revolution monetise?