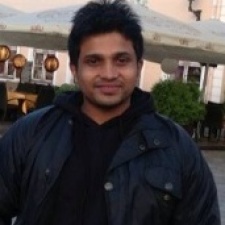 Gokul Elayadath: We are Ether Games, an Indian / UK team of 10, with a combined experience of more than 58+ years based in India.

Our Design Director, Stuart Burrows, is an industry veteran of 23+ years. He has been instrumental in successful games like Drone: Shadow Strike (4.5 Stars), Drone 2, and Real Steel World Robot Boxing, with more than 50 Million downloads on iOS and Android.

Z War 1 was inspired by Stuart’s love of shooters, RTS and TD games, Charley’s War (from Battle Action), WW1 history, weird weapons, Lovecraft and horror in general… and the desire to create a shooter with some depth and that appeals to more of the core gamer, who are not currently well served on mobile.

It’s really tough in the current stagnating market; innovation is key to stand out from the crowd. To innovate, you need clear creative strategy and find your niche with an awesome game design that understands the expectations of the target audience.

Gameplay is one thing, but an innovative, monetisation strategy is also key, especially with a more core audience. Yes, we need to make money, but we also need to respect our players and provide good value.

We want it to be contextual and part of the experience, not the usual jarring 'now we want your money'. Even Z War 1’s shop is a full 3D armoury with a quartermaster, to keep players immersed.

Even to get this far it takes thousands of man hours. This needs considerable amount of investment to survive in mobile gaming for indie studios. The quest for funds is always difficult; I wish there was more available funds for early stage development.

When you’re competing with the big guys, as an indie, you have to continually punch above your weight to break through. For us it's ‘go big, or go home’. We believe Z War 1, is ambitious and is exactly the right game at the right time.

One thing I really love about The Big Indie Pitch, and the conference overall is the instant validation of your game.

The Big Indie Pitch is great for feedback from the industry experts. This helps in identifying what the players notice and their likes and dislikes, which helps in polishing and modifying the game further. Getting third at the Very Big Indie Pitch in San Francisco was great!

Pitching itself is fun and pitching your game in four minutes also helps me in honing my presentation skills outside The Big Indie pitch. We have added a raft of new features and a 3D store – so it will be interesting to see what industry experts say.

Obviously, as a small indie, it's critical to get as much exposure as possible. We’ve had a great reaction to Z War 1 so far, so we are clearly hitting the right notes.

While our entire focus is on Z War 1 and its live operations plan to expand the gameplay, we have Z War 2 and several designs that either spin off the core mechanics or innovate in the mobile shooter genre.

We are currently looking for publisher / investor who can see the potential for Z War 1 as a genre leader and who can come onboard now and invest to help us to reach beta / global launch.