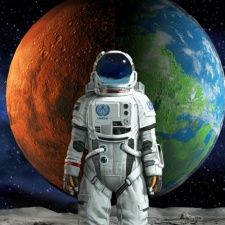 The winner of the Big Indie Pitch,TerraGenesis is a space colony building game by Edgeworks Entertainment built for mobile devices.

Rooted in real science, the game lets players terraform planets across the solar system as they bid to create habitable worlds for people to live on. It’s civilisation building at its finest.

In second place was Highkey Games’ Audio Sky, in which players can create music, share it with the world and play music that others have created in a PvP-style asynchronous multiplayer game.

But it’s not as simple as just creating a track. Players must establish a base on a planet by creating a song, and then they can head to other planets to complete music orchestrated by other users by tapping to the beat.

Z War 1: The Great war of the Dead

Your job is to take up arms and stop the oncoming zombie horde from reaching the trenches.