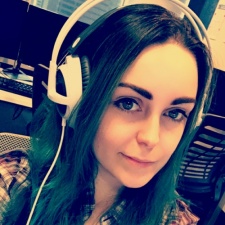 While the relaxing puzzler aims to soothe in short bursts of playtime it also offers up a challenge of cause and effect as you grapple with nature to allow your planet to flourish.

Players take to the game's hexagonal grid to cater for their settlements by growing trees and creating ponds and rivers. Too much of one, however, outweighs the other and as such a balance is required to keep nature in check. In that, is where the puzzle lies.

A similar idea of balance can be seen in the process of bringing a concept for a game to fruition as mechanics, visuals and sound are pitted against time, budget and staff.

That said, if Little Lost Fox’s maiden title can boast the same aptitude for balance its producer and game designer Niamh Fitzgerald does with design, studio management and event organisation, we may be in for a winner with Valleys Between.

PocketGamer.Biz: Can you tell us a bit about yourself?

I’m on the board of the New Zealand Game Developers Association (NZGDA) which is an organisation that aims to support and grow the games industry in New Zealand.

I’ve been on the board for the last two years, and much of my time has been spent on community and professional development events, particularly indie showcase booths at regional and international events.

I’m a self-confessed over-committer, but I don’t regret it as I like to get behind events and people that I think are doing fantastic things to improve the industry.

I was also the lead organiser for the NZ Game Developers Conference in 2017, I was on the organising committee for the Play by Play games festival in 2018, and I’ll be taking the lead again for NZGDC 2018.

As you might have guessed, I’m a self-confessed over-committer and I often find myself incredibly busy, but I don’t regret it as I like to get behind events and people that I think are doing fantastic things to improve the games industry.

Two degrees and a few jobs later, I found the games industry and I’ve never looked back.

I suppose you could say I started as an indie games developer in my second university degree which was focussed on art and game design.

It was there that I met the other co-founders of Little Lost Fox and we started making games together.

We’ve made a lot of small games over the years, but the one that really got everything started was a small prototype call Grow that would later become Valleys Between.

We submitted Grow to a New Zealand-based games festival called Play by Play without any real expectations, and we were surprised and delighted when we were announced as finalists for a number of awards.

We walked away with four awards, including Excellence in Design and Outstanding Overall. This not only confirmed for us that the game had the potential we thought it did, we also started receiving a lot of local and international industry support.

A few months later we set up Little Lost Fox with the support of two amazing New Zealand indie studios - Dinosaur Polo Club (makers of Mini Metro) and Dry Cactus (makers of Poly Bridge), and now we’re not far away from the release of Valleys Between.

One of the biggest challenges as a studio has been taking the game from the original prototype concept to a full game. A lot of people loved Grow so we wanted to make sure that we didn’t lose the spark of the game that kept people wanting to come back.

At the same time, there were some new things we wanted to try with Valleys Between and some things that needed to be reworked, so it’s been something we’ve been very aware of through the evolution of the game.

One of the personal challenges I’ve faced has been learning what’s involved in the business side of making games. Running a studio, even a small one, has its own unique challenges and this has been one area where the support of other studios has been incredibly helpful.

I’ve learnt more about accounting, law and contracts in the past six months than I thought possible.

I’ve learnt more about accounting, law and contracts in the past six months than I thought possible, but it’s an exciting space to be in and we have the most wonderful and supportive community for Valleys Between and Little Lost Fox which helps.

How is Valleys Between shaping up?

Development on Valleys Between is going well! We’ve spent a fair bit of time iterating on the game design and we’ve had really positive feedback in playtests.

We’re excited for the upcoming release mid-year (date to be announced).

Can you tell us a bit about it?

Valleys Between is a mobile game about creating life and balance in a forgotten world. In a world of ups and downs, you shape the land, discover relationships within nature and develop communities.

It’s a relaxing, beautiful, endless puzzle through time and your goal is to create a thriving, beautiful world and watch it grow.

I think like a lot of indies, each day can be completely different. Most days I start the morning with a can of energy drink and catch up on urgent emails, before we do a team stand-up and prioritisation for the day.

After that, my day can vary wildly. Some days I don’t escape budget sheets and timelines all day.

Other days I might have interviews with press, mentorship meetings with other indie studios, calls with lawyers, accountants or our musician - you name it.

Some of my favourite days are ones where I get to focus on game design or technical art.

You also do some event management with New Zealand GDC right? Could you tell us a bit about that?

NZGDC is a three-day game development conference for a primarily New Zealand and Australian audience which focuses on professional development and inspirational content, while providing networking opportunities within the NZ community and with international visitors.

Last year we had over 500 attendees and this year we’re hoping to further grow the conference as we’ve moved to a larger venue.

Was creating games something that came before event organisation or vice versa?

I’d say they came hand in hand. My work with the New Zealand Game Developers Association started while I was studying and making games.

While NZGDC is the first large-scale event that I’ve organised, I also ran a number of smaller showcases for the NZGDA around the country before it taking on NZGDC.

I think there’s a lot of opportunities right now for indie mobile games, particularly those that are interesting or unusual.

I think there’s a lot of opportunities right now for indie mobile games, particularly those that are interesting or unusual.

The mobile market is such a large audience - I mean almost everyone has at least one mobile device, so there a lot of potential for games to reach a new and diverse audience.

That’s not to say that it’s easy, but I think there is a lot of potential for well-crafted games to find their audience.

I think the first thing would be to know what “making it” means to you. For some people that might mean running an indie studio making games full-time, while for others it might mean making one game that was a smash hit, or it could be releasing a small game that had a lot of personal value.

If I was going to give one piece of advice it would be to be prepared for moments of success and moments of failure, and know that failure isn’t always the worst thing that can happen.

So in those moments of failure, try to remember that your next success might be at the top of the next incline and it’s okay to take a break before getting back on the ride.