Exospecies creator Eric Zinda on the move from Xbox to mobile 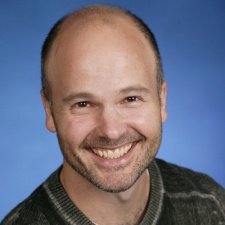 Eric Zinda is the founder and engineer of the one man studio Inductor Software.

This week, we spoke to Inductor Software founder and engineer Eric Zinda about his transition from Xbox to mobile alongside running a one man studio.

Eric Zinda: Games were my gateway into computers. My dad worked at Tektronix in Beaverton, OR and brought home a Tek 4051 when I was in grade school.

It had one of the earliest artillery games and a title called Weather Wars. I started learning basic programming as a way to tweak those games. I built many games that I never published on the 4051, the Apple II, the IBM PC, etcetera.

I wanted to use my first full-time game as a learning exercise in how games work at the lowest levels.

My first published game was for the PalmPilot. It was a simple, turn-based strategy game called Strategic Commander which achieved some level of success. I wrote it as a side project while working at Microsoft.

Next up was .Net Terrarium, which I wrote with some members of my team as a showcase for the .Net Framework 1.0.

My last project at Microsoft was something I had always wanted to do: launch a gaming console. I was part of the leadership team for the Xbox One operating system. I started developing Exospecies, as a way to understand first-hand the developer experience building games.

These were all areas that my team owned. It was a crazy ride.

Once the Xbox One launched, I thought it was time to go into indie full-time and port the game to iOS, before finally launching it last summer.

I'll start with the good parts: no meetings. I'm a one-person company, so the communication overhead is nil. To stop from going crazy, I ended up working with an architect friend of mine at his cool office and eventually at this great co-working space for indie developers in Seattle.

My day usually looks something like this: Check email for 5 minutes, look at Exospecies telemetry for any crashes (none yet), stats and issues, before building/designing the game for the rest of the day.

I've built a custom engine, so because of that a much large percentage of my time is spent in low-level technical problems. If I had built Exospecies in Unity, I think a lot more of my time would have been spent focusing on the actual game.

I wanted to use my first full-time game as a learning exercise in how games work at the lowest levels. I knew Unity would make it crazy easy to build a game but I wanted to get down to the metal first and then use higher abstractions later.

Like many indie game developers, I think the biggest overall challenge has been getting the game noticed and downloaded. On this front, I made two decisions that really limited the market: I started by making Exospecies version one multiplayer only. Bad call. I slipped six months to correct this.

The second was launching first on iPhone as I’ve learned it’s not a place for strategy game players, therefore I'm now working hard Exospecies to PC.

It is fair to say that I have learned a lot about game design, marketing, distribution, art, sound, merchandising, and lots more.

All the advice I received from people inside and outside the industry pointed towards making little money. I started by defining success as building a well-balanced, polished game that I would be proud of.

It is fair to say that I have learned a lot about game design, marketing, distribution, art, sound, merchandising, and lots more. Exospecies is still early in launch, but so far it has yet to pay for itself.

Take the set of all the people like me who got into computers because they love games and give them ‘incredibly’ easy to use tools for building games and you get a saturated market.

I think you go into indie game development for the same reason you go into creating art or movies, because you love it and you have to - not because you're expecting to make any money.

The reality is that people have started to have more narrow expectations about what games to expect on different platforms.

I think that, at this point, most people expect mobile app stores to be mostly about simple, casual free-to-play games. I would not launch a game on a mobile platform if it doesn't fit that profile.

Exospecies is a turn-based strategy game with a retro, surreal feel. It’s turn-based because I love games that are more about thinking than quick reflexes and I wanted the game design to allow for powerful AI players that had more than a millisecond to consider their moves.

It had a long beta period where I was able to fine tune and balance the units and one of the fun parts of the game is learning the sweet spot where you can use their unique skills.

You can play games vs. the AI, in a campaign or against other players locally or online. The game is available on iOS but I'm pushing hard to get it available on PC too, because I think in hindsight it’s more of a natural fit for this type of game.

I'm 100 per cent focused on getting Exospecies running on PC. I'm hopeful that this will make it more visible to players that love this kind of retro turn-based strategy game.

I'd love to do for interactive text-based games what physics engines did for 3D games by making them interactive and believable.

My dream game would be a true natural language text-based adventure that takes place in a world that you can interact with in ways that I didn't necessarily intend.

Something that remembers and understands exactly what you did and that has a world that is intriguing and engaging.

Create success criteria that are wider than "make lots of money" and do it because you love making games. Also, having a side job doesn't hurt.