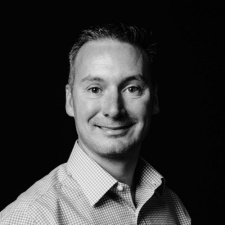 Facebook is already up there with Google when it comes to the mobile developer choice of user acquisition platform, but today at ChinaJoy the social networking giant revealed a string of new ad solutions including playable ads.

First up are HTML5-powered playable ads that can be pushed through the Facebook News Feed. The social network claims that in testing these small ‘demo’ ads helped Rovio claim a 40 per cent lower cost per paying user while seeing a 70 per cent lift in day seven return on ad spend.

Glu’s Design Home meanwhile was said to have received a 60 per cent higher return on ad spend.

Playable ads are available as of this week to any developers around the world to use.

The most retainable players

Then there’s ‘retention optimisation’ through which Facebook has been working with select app advertisers to reach its most engaged players. This means marketers can show ads to the people most likely to play their game.

Speaking to PocketGamer.biz, Facebook VP of global gaming Rick Kelley says the issue of retention is not just important to find more likely in-app purchase spenders, but also for the increasing number of apps monetising through the ads themselves.

“What we're seeing is a massive movement toward generating revenue from advertisements within an app,” he says.

“We see about 20 per cent of all apps today monetise through ads, but by 2021 we're anticipating more than 50 per cent of all revenue generated in apps will come from advertising products such as rewarded video, interstitials and banners."

He adds: “We have created what we call a retention optimisation ad unit, which optimises delivery to people that are highly likely to return on day two and day seven. Because players that return on day two and seven are typically super highly engaged and therefore bring in more revenue and convert to subscription-based pricing models that the app may have.

What we're seeing is a massive movement toward generating revenue from advertisements within an app.

“This is automatically adjusted based on this estimation and allows campaigns to deliver ads to people who are most likely to come back to the app more often.”

Currently in testing, retention optimisation is expected to roll out later this year across Facebook, Instagram and Audience Network.

Lastly, there’s a new tool to support one of last year’s new additions, 'value optimisation', which helps advertisers find the players who are most likely to spend money.

Over the next few weeks, Facebook will roll out minimum return on ad spend bidding, letting advertisers set a minimum spend to find such users. Through this marketers can also eliminate spend on advertising to players less likely to engage, Facebook claims.

When asked whether all these additions will help halt the rise of user acquisition costs, or simply add more costs for marketers through these tools, Kelley states, as he would, that these new solutions are a “great answer” to the issue.

“If the ad is more engaging, cost per install is basically a barometer that only matters if your KPI is installs, but if your KPI is actually driving revenue from that install, and we're delivering the ads to more valuable users for you, then the install price is actually immaterial because you're able to drive more value,” he explains.

“Secondly, when it comes to in-app advertising, it's a way to incubate the app from rising CPIs themselves. Because their CPMs are increasing for every ad that they're showing, if the price of ads increases if they're showing ads, then they're benefiting from that higher CPM, which then can actually factor into the tolerance they have to go out and buy more installs themselves because they benefit from it on the higher CPMs.”