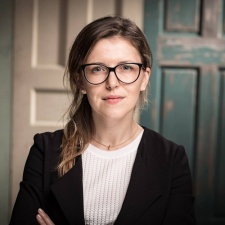 According to the CMO Marketing Guide, 85 per cent of digital marketers plan to increase their video investment for mobile marketing efforts in 2018, up 10 per cent over 2017.

eMarketer reported that mobile video is one of the fastest growing segments in digital advertising, and by 2019 it’s estimated to account for 47 per cent of total digital video ad spend.

Burgeoning demand combined with innovations in ad monetisation technology that enable creative optimisation of the user experience with advertising have opened up a world of possibilities for games companies. This includes new alternatives to in-app purchases.

Even with all these advantages, we’ve worked with many publishers who were initially hesitant to test rewarded video. What’s holding them back?

Some publishers are fearful that rewarded video ads will disrupt or negatively impact user experience. This is simply an unfounded concern, as Unity Technologies reported that 71 per cent of mobile game players it surveyed said watching video ads is their preferred way to ‘pay' for in-game content.

Moreover, 62 per cent of players said they ‘always or sometimes' choose to watch a video ad to receive an in-game reward if they're given a chance. When videos are an opt-in experience, they actually can lead to more extended game sessions.

Another common objection is that rewarded video ads could ruin the game economy, which formerly relied primarily on in-app purchases. But research has actually shown that in-app ads, when executed in a contextually relevant manner, are more likely to encourage than cannibalise in-app purchases.

Through 6,000 interviews conducted with gamers from around the world, we uncovered that rewarded video viewers are more likely to spend money on microtransactions within the game and go on and buy the products advertised.

This is a well-documented effect known to behavioural science as ‘reciprocation’- players that receive something from the game are more likely to give something back.

Since watching rewarded videos is an opt-in experience, this objection often comes up with developers who are concerned that they won’t get enough voluntary views.

In our research, we discovered that gamers are 23 per cent more likely to buy or use the product being advertised when rewarded video is used versus interstitial video. This delivers additional benefits for advertisers and increases the value of a publisher's inventory.

Insider tips on the six most common rewarded video integrations

If you’ve been considering integrating rewarded video ads in your games, planning is key to success.

The best results we've seen have been from clients who, in the early stages of game development, have thought through how they'll integrate rewarded video placements in the core loop of the game.

This integration offers a reward for returning to the game on a daily basis. For example, you can provide a chance to engage with a rewarded video ad to double earnings.

This means that you can run a high volume of these ads and that they don't commonly impact in-app purchases negatively.

That said, some publishers may have seen low engagement and low emotional attachment. because users are confronted by this ad when they’re on the way out, rather than engage, they choose to skip it and close the app.

In-game store ads are a great way to monetise players who are in a "purchase" mindset but may not want to spend real dollars in a store.

This integration is a natural addition to the user interface, but often creates little emotional attachment and can only be run at low volume. In some cases, it can potentially cannibalise in-app purchases.

3. On the home screen

One of the highest visibility locations, this integration is excellent for players who may never otherwise navigate to the store.

This placement can be run in high volume and also is useful for hooking new users on the value exchange, but is sometimes be associated with low emotional attachment.

It can potentially cannibalise in-app purchases though and can sometimes lead to decreased user engagement.

Also known as "Out-of-the-action,” this integration tends to generate high engagement and a high emotional connection. The downsides are that it can produce frustration since the user mindset is "in need" of the reward.

After completing a level or mission, players are often rewarded. Why not use that as an opportunity to engage players by doubling their reward with a video ad?

This is relatively easy to integrate from a user interface standpoint and offers a high temptation factor. It can, however, be an easy ad to miss because it occurs just as the user is planning to exit the game.

Rewarded video is another step in our commitment to building the tools and ad products necessary to help developers creatively monetise their games, using Facebook's unique people-based marketing to serve relevant, user-initiated video ads from a vast pool of advertisers.

We are driven to help build sustainable businesses and creating value at scale - for you, for advertisers and for people.

*Examples provided for illustration purposes only.