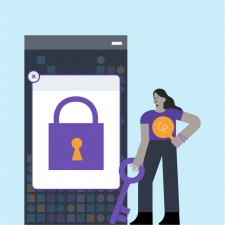 In the world of hypercasual, in-app ads are king. With huge audiences playing bite-sized games, it's the perfect way for developers to generate revenue without disrupting the player experience during their smaller sessions.

Of course, a game is nothing without its players, particularly in hypercasual where you need a large number of players to make your game a success. And if you want to monetise successfully, you need to understand the behaviours and likes of your users, and serve the right ads directly to them.

Since bursting onto the scene in early 2017, hypercasual games saw unprecedented growth over the following year and the genre has continued to grow. In the 2020 released App Annie "Ad Monetisation in Mobile Games: The Untapped Potential" report, it was found that hypercasual mobile games are topping the charts in Europe and the US, and casual games in general accounted for 82 per cent of all downloads on mobile in 2019.

With more studios arriving on the hypercasuial scene, and players beginning to spread across a wide number of games, the market is increasingly competitive. So, it's important that developers know how to effectively maximise the revenue they generate from the ads that they show.

Historically, this has meant spending valuable time and resources manually managing and optimising the waterfall. But now, with app bidding, the process has become simpler, faster, and more efficient, meaning larger revenues with less work.

The benefits of app bidding

bidding maximizes revenue because it enables real time competition at impression level and doesn't depend on historical average prices to determine how much an impression is worth. That's why, if they aren't already, publishers and developers need to learn more about the benefits of app bidding and why it's the most efficient way to monetise your game.

In our recent report, The New Era in Ad Monetisation, we spoke with game developers across the globe that have found that app bidding allows them to get the most out of their ads without manually managing complex waterfalls. This leaves teams to focus their time on more impactful areas of the business, all while enabling fair, real-time competition.

And the benefits of app bidding are already beginning to resonate across the industry as the format gains momentum. The number of apps implementing bidding with Facebook Audience Network is seven times larger than it was last year. Not only that, but the publishers that made the switch now earn most of their Audience Network revenue directly through app bidding.

While the competition in the hypercasual market can be daunting, there's also a great opportunity to learn from some of the best in the business. Leaders in the hypercasual space including Kwalee, Madbox and Voodoo have all pivoted to app bidding in order to refine their monetisation process.

Voodoo is one publisher that has explored the benefits of app bidding in order to increase revenue. In a recent case study with Facebook Audience Network, the Voodoo team shared that they had become frustrated with the inefficiency of manually managing the waterfall. However, they were initially hesitant to make the switch as they had already established a high functioning team to manage their waterfalls effectively.

To test the impact of bidding, Voodoo underwent a/b testing across its top five games and saw positive results including an increase in ARPDAU (Average Revenue Per Daily Active User) by 12%, and a reduction in latency.

David Ribeiro, Voodoo’s User Acquisition and Monetisation Team Lead noted; ‘After switching from waterfall mediation, operational efficiency improved, and we saw a significant uplift in ARPDAU. Now, we've adopted bidding across all of our inventory.’

With 100 per cent of their portfolio now using bidding, the team have also seen 10 per cent time saved in ad operations. This time has been reinvested into other areas of growth for the business, such as testing ads, new mediation and ad network features as well as optimizing ARPDAU. They've even saved time on A/B testing - they're so happy with the results that they simply don't need to test it!

App bidding makes running ads in your games easier, more efficient, and ensures you are maximising your ad revenue potential. It also offers a more efficient and streamlined solution to in-app advertising, freeing up time and helping to build sustainable businesses.

Learn more about how to get started with app bidding today.