PocketGamer.Biz was joined by Facebook, Wooga, Madbox, Supersolid, Firi Games and Two Way Media at a round table during Pocket Gamer Connects London 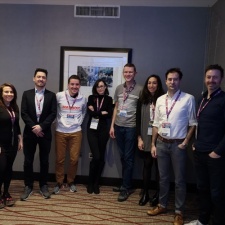 What will be the hottest mobile games industry trends in 2019 that could shape its future for years to come? It's a bold question, but one that can be delved into with a well-rounded collection of industry opinions.

The hyper-casual genre was the standout trend of last year, but this year will no doubt see it consolidate thanks to an influx of interested developers.

Thanks in part to the success of Epic Games' Fortnite and Tencent's PUBG Mobile, battle royale success is unlikely to significantly wane either.

On top of that, how to best monetise your games will always be a key point of discussion. Free-to-play is unlikely to go anywhere, but various ad formats pose an interesting alternative to in-app purchases, monetising the majority of users who don't pay a cent.

To delve into these topics and more, PocketGamer.Biz led a roundtable hosted by Facebook during Pocket Gamer Connects London 2019, featuring director of EMEA publisher solutions Steve Webb, head of EMEA publisher SMB Ben Atherton and publisher development manager Orly Schwartzman. The trio were able to offered their expertise on various areas, including monetisation, based on their experience with the Facebook Audience Network and games industry at large.