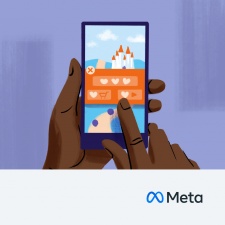 Diversifying revenue involves using a balance of ads and in-app purchases (IAPs) to monetise a game’s player base. Adopting this model allows developers to diversify their revenue streams and monetise their entire player base. Given that only a small percentage of players will ever make a purchase in game, this hybrid approach means developers can avoid “leaving money on the table”.

Shri Gunasekera: Could you please give us a very quick introduction to Hill Climb Racing and its sequel, for anyone who’s not played these games?

Otto Simola: Hill Climb Racing is a casual racing game. It’s a standalone experience based around an addictive physics model, and I’d say that’s partly why it’s so popular. That and the fact that you can play it on pretty much anything from a smartphone to a toaster! We’re celebrating the game’s 10th anniversary in 2022, which is a big number for a mobile game.

The sequel, Hill Climb Racing 2, is an asynchronous multiplayer game where players race against their friends’ ghosts and try to beat their times. The competitive element and social features are the key difference from Hill Climb Racing 1, where you’re just competing with yourself.

Gunasekera: From an IAP perspective, what were the big lessons Fingersoft learned while developing the two games?

Simola: If you’re judging it by today’s standards, Hill Climb Racing 1 doesn’t have a great economy — but it is rewarding. When the game was first launched, there was only one currency, coins, and the whole economy was based on that. As anyone who’s played the game will tell you, it has an infamous moon level where you can earn an almost infinite amount of coins, very quickly. That breaks the economy, although it did make the game interesting, somehow and gave players a sense of achievement. So that was obviously something we needed to fix when designing Hill Climb Racing 2.

In general, we also want to have a deeper balanced monetisation model and a more evolved approach to IAP. Because Hill Climb Racing 2 is a multiplayer game, people want to make progress and unlock things faster. And because of the social elements, we could bring in cosmetic decorations for your character and vehicle: for example, you might buy gold plating so you can show off to your friends. That wouldn’t have made sense in Hill Climb Racing 1, because who are you going to show off to?

Initially, we focused on selling packages of player skins and vehicle skins. But then, working with the live ops team, we started thinking about the key moments in a player’s career when we should try to sell them items. There were a few things we learned from our early tests. For instance, if you sell a player the best vehicle too early on, they probably won’t buy anything else! Over time, we started thinking about the segmentation of our offers: getting the right items for the right players at the right time. That’s been the key to our success with the IAP side of the game.

Gunasekera: What have been the benefits of adopting a balanced monetisation model for Hill Climb Racing 2?

Simola: In-app purchases are important but only a small percentage of players make them. Using ads as well means that you can monetise your entire player base. Rewarded ads are also good for the players that can’t or don’t want to make purchases. It gives them an alternative way to speed up progress without having to buy anything. That’s something that’s important to our games: they’re quite fair and we don’t use paywalls, so you don’t necessarily have to pay for anything.

With a balanced monetisation model, your ad revenue effectively becomes your baseline. Then layered atop you have IAPs, targeting a smaller player group, and then on top of that you can try new things. So this model gives developers the freedom to experiment.

Gunasekera: What ad formats do you use in the Hill Climb Racing games?

Gunasekera: How did you go about adding interstitial ads to Hill Climb Racing 1?

Simola: Really, it was just a process of bringing them in carefully. We knew they could potentially be beneficial to the game, and we had used them in Hill Climb Racing 2 and knew that players had responded well.

We did lots of A/B testing and checked our metrics, and there were no big negative changes to the numbers. So we were pretty confident when we introduced the ads, but we were prepared to say, “Let’s see how it goes. If it doesn’t work we can always roll back and apologise!” Intrusive ads take away from the player’s experience, but if you use interstitial ads the right way, they feel like they’ve always been there.

Gunasekera: In general, how have your players responded to ads? And what have you learned from this?

Simola: We get a lot of requests from our community. No-one ever requests ads, obviously — but sometimes if we move a rewarded video placement we’ll get a request to bring them back! It’s a similar case if something goes wrong with a rewarded video: if that happens, we get player feedback quickly.

What we’ve learned is that different players have their own way of approaching the game. They develop a routine, so for example they might always end their daily play session by watching a video. If you do something that breaks the routine, they get confused and want to know what’s happened — so that makes it hard to make changes. And as a result, we’ve ended up with a lot of different ad placements.

In the future I’d like to start segmenting the player base, as we do with IAPs: vary the placements so that not every player sees everything. Where we can, we want to tailor the ad experience to our players and respect the way they want to play, while also meeting our own business goals. That’s the balance we’re aiming for.