“The console space is an exciting one for us, and there really hasn’t been a big mobile game on the Switch device yet” 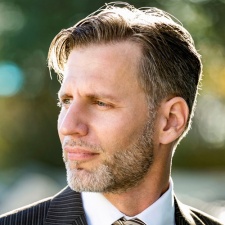 The fandom surrounding Honor of Kings in China is a lucrative craze befitting of a game that has made billions of dollars.

Such is the popularity of the MOBA that Tencent regularly finds itself tasked with combatting the amount of time people put into the game.

Following complaints from parents and teachers that children were playing too much, as well as government pressure, the tech giant implemented limits on gameplay time in the midst of last year.

According to the New York Times, however, the action led to an uptake in youngsters buying fake IDs to bypass the age-gated restriction. New incoming regulations are also set to double down on gameplay time limits in China.

The kind of rigorous drive to play the title has, unsurprisingly, translated to grand financial results with Tencent reportedly taking in $1.9 billion in revenues from the title in 2017 alone.

As such, taking the title West was both inevitable and a monumental challenge. A year and a new name (Arena of Valor) on and it’s yet to match the lofty heights of its Western cousin. That said, according to Sensor Tower the title has still generated $140 million outside of China, against $3.5 billion in total global revenue..

Speaking to PocketGamer.Biz at Gamescom, Tencent America director of esports Ramon Hermann explains that differing views on the game between East and West are structural, as mobile gaming is more normalised in the East among wider audiences.

“The phone is often one of the first gaming experiences that they have had, so playing games and playing them competitively seems like a natural suggestion there and I don’t think anybody has asked themselves, is this potentially an inferior experience?" says Hermann.

“Whereas in the West, I think there is a bit of a stigma where early mobile games weren’t quite as powerful and quite as compelling as what we have today.

"In fairness, it hasn’t been until somewhat recently that phones have been powerful enough to really match the software that we need to run games like Arena of Valor.”

If a roadblock to Arena of Valor achieving similar results in the West is the social stigma, then the decision to release the game on the Nintendo Switch seems a good bet to break it.

Set for release this month, combining the game's MOBA and travel-friendly elements with the Switch's portability and utility could prove to be a game changer, especially with the console's vast appeal in the West compared to mobile.

Telling us about the thinking behind the move, Hermann explains that Tencent saw an opportunity to bring one of mobile gaming's big hitters to the Switch.

The console space is an exciting one for us and there really hasn’t been a big mobile game on the Switch device yet.

“The console space is an exciting one for us and there really hasn’t been a big mobile game on the Switch device yet," he says.

"It’s a fantastic opportunity to bring a game that has such a huge fan-base to a new medium.”

Pushed on whether the move could provide a bridge between Western players and the games' mobile iteration, Hermann is open to the possibility.

“It could very well be," Hermann tells us. "We’re definitely excited to see how that works out for us.”

Another front in the West Tencent has been busy with is esports, of which Hermann more typically hangs his hat.

It has received a fair push too, with the recent Arena of Valor World Cup coming to a close in Los Angeles.

On top of that, season one of a Westernised esports league recently drew to a close with a finale at E3, which was Tencent’s first-ever public-facing showing at the event.

While Hermann admits that season one was a learning period, he is also happy with the way things have gone.

“We have a lot of experience with PC and knowing how esports works in that space,” says Hermann.

“We tried to figure out how to bring that over to the mobile space, we put a lot of thought into it but then at some point we just gave it our best shot and hoped for the best.

“Most of it worked out pretty well, we had a successful regular session with a regular broadcast, and we were very happy with our playoffs, which we hosted at E3.

"Initially, that was something I was a little bit nervous about because we weren’t sure if a mobile title mixed with esports would fit into that space. But we had a huge crowd so we’re really happy with it.”

One thing Hermann admits the team would like to improve on as season two beckons is the spectating experience.

Due to the game's mobile heritage, plenty viewers may naturally feel at home watching broadcasts on their phone, which is something ill-fitted to broadcasts that can last hours on end.

If you look at teams, they’re kind of virtual, they’re not attached to anything, so as a potential fan how do you know what team you should be supporting?

"It’s something we’re still trying to tune a little bit, the way we’re currently delivering content is still in very big chunks of time when we broadcast and stream, which may not work so well for people who want to follow on their phones," Hermann says.

"Few people are going to be sitting with their phones and watching for two to three hours after a full day of streaming, so we’re thinking about how we can create short-form content that makes more sense for the medium."

Longer-term, however, Hermann admits he is open to expending Tencent's Eastern esports adventure to the Nintendo Switch, should the release go well.

“That depends on the feedback we get back from our community and our players," he states.

"I’m sure if there is a big enough demand we’ll figure out a way to do that.”

Looking longer afield, Hermann admits that Tencent is always looking at what other companies are doing in the esports space, and says he is particularly fond of the localised element they are introducing in their tournaments.

Much akin to Blizard's Overwatch League, the idea roots teams to locations and hopes to forge a stronger bond between team and supporter.

In esports, often when a team drops out of the top-tier, it disappears and people stop paying attention.

"I think, personally, for me one of the most exciting parts is to see how some of the big leagues have started the franchise model and how that will look going into the more local aspect, city-based teams," says Hermann.

“I believe that could be a big move for the future because right now if you look at the teams, they’re kind of virtual, they’re not attached to anything.

"So as a potential fan, how do you know what team you should be supporting? Whereas in traditional sports typically it would be your home-city team.

"For me, very painfully as somebody who comes from Hamburg, having seen Hamburg SV (football club) be relegated for the first time in its history to the second-tier last season doesn’t make me stop being a supporter of that team.

"But in esports, often when a team drops out of the top-tier, it disappears and people stop paying attention.”