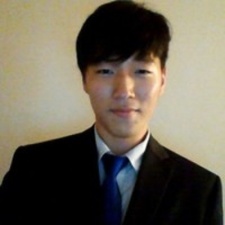 Jihoon Kim: I am a mobile product marketing manager at Bandai Namco Entertainment America. My role entails administering and executing all marketing activities that our mobile games need to better serve our North American fans. This means that I may be running a fan event, executing branding campaigns, and planning appropriate marketing strategies for the games that we manage.

I spent 720 hours in one game within a 90-day period. It was at this moment that I realised that my true career path was in the games industry.

Prior to jumping into the games industry, I was doing something completely different. I was an operations manager at one of the biggest companies in the country. Then one day, I noticed that every moment I wasn't working, all I could think about were games – at one point, I spent 720 hours in one game within a 90-day period. It was at this moment that I realised that my true career path was in the games industry.

I first started at a smaller Korean developer as an entry-level marketing assistant. Although it looked like a step back from my old career in retrospect, I now view it as the true beginning of my new career.

Ironically, yes. This is exactly what I was hoping I would be doing. Although I did take a bit of a detour, I've always wanted to help people discover the products that I am personally passionate about.

I studied Business Economics at school. Personally, I think studying in the field helped but not as much as a fresh graduate may hope.

My advice to those who are looking to get into the industry is don't be afraid to start from scratch. It may be tougher than you think at first, but the mobile games industry is so young that growth potential for those with passion is unimaginably high.

How does it feel working for one of the biggest video game companies out there? Is there added pressure?

There is always some pressure working with the larger, better-known IPs that must be nurtured, however the pressure is at a manageable level for the most part.

Despite these challenges, when you look back at how much our fans are enjoying our games – seeing them line up at events or being super active on social channels - you really don't think about the pressures anymore.

I think the most fulfilling moment that I've had at Bandai Namco was when we launched Gundam Battle: Gunpla Warfare in North America and I got to witness just how much our fans appreciate the game.

There was a lot of thought and preparation that went into the regional release of the title as well as finally being able to see fans enjoying the game. There simply was no greater feeling.

After a long approval process of concept and content, we finally got the go-ahead to fly to France to shoot. The trailer that our team created outperformed in every placement we put into the market at the time. When you push for things that you believe in and fans really enjoy it, it's really fulfilling.

The one thing that people who wish to get into the industry should be aware of is that everything changes at a drastic speed.

A lot of people may think that games are a waste of time. I think this is a great misconception. I mean, centuries ago, some people regarded novels the same way. However, I think what people have to realise is that games are simply a new way for people to socialise and spend their time.

We now have players of all ages. Furthermore, it's also recognised as something cool as we see more celebrities, professional athletes and musicians sharing their love of the hobby.

The one thing that people who wish to get into the industry should be aware of is that everything changes at a drastic speed. Things that worked for you two to three years ago are most likely going to be useless today. That said, for those of you who are looking to join the industry, be open to learning new things constantly because you will always have to learn and adapt to changes.

The most important thing for someone who is looking to join the industry is being open to learn new things. And last but not least, be excited about the games! If you are interviewing for a game company, make sure you have at least tried one or two games from the studio. This will definitely help get the conversation going much more smoothly.

Bandai Namco currently has a number of roles open. Anyone interested should head here.

We recently spoke to Dragon Ball Legends producer Toshitaka Tachibana about the fighting game's first 20 months, and what players can expect going forward.