She previously worked for Ubisoft and Social Point 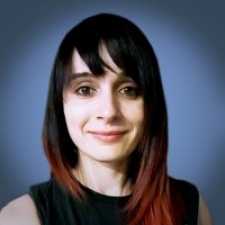 Bandai Namco Mobile has strengthened its team with the appointment of Tania Anta as a game developer.

She will join Marc Saña Forrellach, who also recently joined the team as a game developer.

Anta has years of experience within the games industry, having worked as a senior game developer for Social Point before joining Bandai Namco.

Other notable positions include her role as a senior engineer at Outplay Entertainment, game programmer for Bee Square and gameplay programmer for Ubisoft.

However, Anta got her start in the games industry with Electronic Arts, where she worked as a localisation tester and integration engineer.

Bandai Namco decided to open up a mobile-focused studio in 2019, with the Barcelona office setting up shop in August that year.

Since then, the company has made a number of hires, including game data scientist Guillaume Legoy and community managers Janneke van Ooyen and Jennifer Govea.