"I will consider us successful if our game can continue to leave a lasting impression on our players." 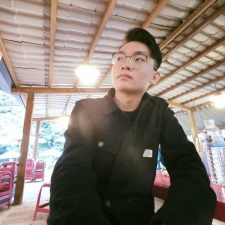 This week, we spoke to DreamTree Games CEO and co-founder ZhiWei Tan regarding the development of DeLight, a new episodic storytelling title that puts you in the shoes of a wartime civilian.

ZhiWei Tan: DreamTree was founded by three game developers. We met while working for the same company and would sometimes gather together during the weekends to participate in game jams. Through these game jams, we found that we gelled as a team and decided to branch out and make our own game - hence, DreamTree was born.

As a game developer creating our own game, I will consider us successful if our game can continue to leave a lasting impression on our players.

The biggest challenges for us as an indie team are balancing between the budget, time we have, and the quality we aim to deliver. We understand the need to deliver a game with the highest possible quality to meet players’ expectations, but to do it within the constraints of the budget and time we have is not easy.

I find it incredibly rewarding when players love and remember the games that we develop. As a game developer creating our own game, I will consider us successful if our game can continue to leave a lasting impression on our players.

We had players who played our previous titles writing to us saying how interesting our game was and how much they are looking forward to the next one. Messages like these that we find are the most rewarding.

Nowadays, with mobile phone performance getting stronger constantly, a lot of big companies are joining the games market. For indies, it's getting more competitive when compared to a few years back. As an indie, we have to offer something different or unique in order to shine, something that big game companies are not offering players.

Could you tell us about DeLight, and why it felt right for mobile?

DeLight is a storytelling adventure game about a blind girl named Sammy and her journey to find her parents during a war. Helping her in this journey is a stray dog named Deli.

The gameplay is pretty simple: you control Sammy and explore in the dark, find a way out through using sound and smell clues dropped throughout the game, and avoid danger zones along the way.

The game also offers story branches and multiple endings depending on the choices you make throughout the game. As gamers who play a lot of "choices matter" storytelling games, be it of the visual novel or adventure genre, we found that these games usually feature a simple gameplay/control scheme in order to place more emphasis on the storytelling aspect.

As an indie, we have to offer something different or unique in order to shine, something that big game companies are not offering players.

I think these characteristics fit in naturally with the mobile environment, everything is pretty straightforward, players can just jump straight into the meat of the game and enjoy the story.

Who is the game's main audience?

People who enjoy storytelling games where choices matter. We designed the game to be accessible for people aged 10 and above, but I believe the game will be much more enjoyable for adults.

The biggest impact during this pandemic was that we were forced to cancel a lot of game showcases around the world. We needed to find other ways to promote our game.

Also, due to our team members working from home, collaboration is not as strong as when everyone is working in an office. This caused us to delay the release for a few months.

Our plan has always been the same since we started DreamTree Games in 2016. We want to craft high-quality indie games and focus on storytelling and game mechanics.

In 2017, we released our first game. From there, we keep trying to improve ourselves in terms of technical skills and workflow. We always try to make something new and this year we will be releasing DeLight. Currently, we are planning on our third game and are continuing to focus on storytelling and innovative mechanics, stay tuned!

We would probably spend all the budget to develop a game that looks like an animated feature film. Imagine a Pixar film that you can play and make choices that bring you into different story branches and endings. Something like DeLight, but really pump up the production quality.

I can’t say it is advisable as we are still very young as game developers, but in my opinion, as an indie developer, we have the creative freedom to do something really different or crazy - something to distinguish ourselves from the market.

It could even be something that is not existing in the market yet. I can’t promise anyone that they will definitely “make it”, but I believe it is something we can use to our advantage as indie developers.