"We're very excited about the opportunity" 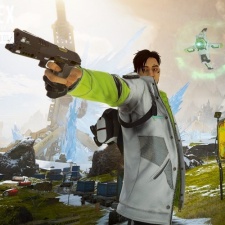 Electronic Arts has confirmed that the company has found a partner to help bring Apex Legends to mobile in China.

The information concerning the popular battle royale title was revealed during EA's latest earnings call, with details of the partner yet to be announced.

Developer Respawn stealth launched Apex Legends in February 2019 on console and PC, accumulating 50 million players within its first month. The game also helped boost the EA's live services and net bookings by 27 per cent year-on-year for the third fiscal quarter.

Shortly after release, EA confirmed that Apex Legends would arrive on mobile before a further update was then provided in July stating that the game was on track for the platform.

"Rolling mobile out in China, you need to have a partner, and we're - as we've said in the prepared remarks today - we're working with a partner there, and we're very excited about the opportunity," said EA chief financial officer Blake Jorgensen.

"That partner is also helping us develop a mobile Apex for the globe - more to come on that in terms of timing."

Many western developers have partnered with Asian companies to help launch a game in China, such as Activision teaming with Tencent for Call of Duty: Mobile, which proved to be very successful.