Battle royale on course to arrive in China too 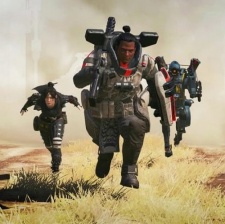 Respawn’s Apex Legends is on track for mobile according to EA.

EA CEO Andrew Wilson confirmed that the battle royale shooter is still on course to make its way to mobile during the firm’s latest financial results briefing. Wilson also noted that the title will still be debuting in China at some point too.

Apex Legends was revealed for mobile during a call following the publisher’s Q4 financial results in May.

Though no date was provided, the firm did confirm it would be arriving on to the platform in China and more details will be shared in the future.

Apex is currently in the middle of its second season on console and PC, with its third season teased to be its biggest yet as well as the inclusion of a “much-requested” fan feature.

It’s easy to see why EA wants to bring Apex to mobile considering the top battle royale games on the platform have collectively surpassed $2 billion in less than two years.