Entered the top 10 most downloaded in 89 countries 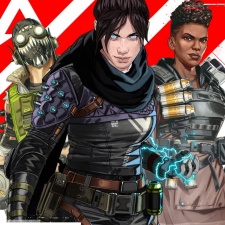 Respawn Entertainment has plenty of reasons to celebrate, following the May 17 release of Apex Legends Mobile, with the title becoming the most downloaded game on the App Store in 60 countries including includes Germany, India, Japan, the UK, and the US, according to an initial snapshot from Sensor Tower.

Far more than a big fish in a small pond, the title was the most downloaded app in 28 countries, including the aforementioned Japan and US stores, and was within the top 10 downloaded apps in 65 countries.

Sensor Tower noted that its analysis includes a localised version of Apex Legends Mobile, released in Hong Kong and Macau, which was similarly the most downloaded iPhone app on the day of release.

EA is among many of the largest games publishers that is looking towards the untapped potential of the mobile market, after a 78 per cent growth mobile revenue in Q3 fiscal year 2022.