The previous record hold was Pokemon Gold and Silver 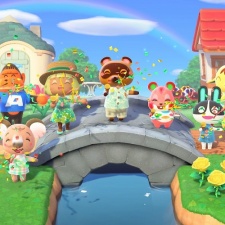 According to Game Data Library, via Twitter, the life simulation title has become the fastest-ever game to break six million physical sales in Japan.

Furthermore, the Nintendo Switch exclusive is only the fifth game to have hit the impressive milestone in the Japanese market.

Other games to have shifted six million copies in Japan include Pokemon Gold and Silver, which was the previous record holder with 13 months.

This is the life

Animal Crossing: New Horizons was always going to prove popular. However, the game got off to a roaring start as it shifted 11.77 million copies worldwide within 11 days of release.

Furthermore, as of September 30th, the Switch exclusive has seen 26.04 million sales globally.

To top it off, Nintendo's popular title has snagged itself a Game of the Year nomination at The Game Awards 2020. Moreover, it was the big winner at the Japan Game Awards 2020, as it took home three accolades including the Grand Award.