Animal Crossing: New horizons is up for Game of the Year 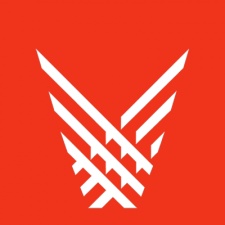 InnerSloth's social deduction title Among Us has picked up a nomination for Best Mobile Game at The Game Awards 2020.

The game has seen a surge in popularity over recent months. Among Us became an overnight hit, attracting more than 200 million players as of this month.

Furthermore, the popularity of the game caused US congresswoman Alexandria Ocasio-Cortez to stream it on Twitch as a means of encouraging young people to vote.

However, Among Us will face some tough competition in the Best Mobile Game category.

Unsurprisingly, Activision's Call of Duty: Mobile has also been nominated for the accolade. The mobile first-person shooter has proven popular since its launch in October 2019.

Last month, the mobile instalment of the popular franchise surpassed 300 million downloads, just over one year after release. Furthermore, the game has closed in on 50 million pre-registrations in China.

To top it off, Call of Duty: Mobile looks to hit the $500 million revenue mark soon.

Up next, MiHoYo's Breath of the Wild-inspired title Genshin Impact has also been put forward as the Best Mobile Game.

It would be fair to say that the free-to-play open-world title has taken the world by storm. Released in September, the game managed to rack up 23 million downloads in its first week.

As of October, Genshin Impact has generated $245 million in player spending.

The final two nominations for Best Mobile Game come in the form of Legends of Runeterra by Riot Games, and Genius Sonority's Pokemon Cafe Mix.

However, up for the biggest prize of the night is Animal Crossing: New Horizons, as the Nintendo Switch exclusive picked up a nomination for Game of the Year.

As did Doom Eternal, Final Fantasy VII Remake, Ghost of Tsushima, Hades and Naughty Dog's The Last of Us Part II. The latter of which has led the awards with 10 nominations across nine categories.

Next, Best Game Direction, the nominees for this accolade include Final Fantasy VII Remake, Ghost of Tsushima, Hades, Half-Life: Alyx and The Last of Us Part II.

Meanwhile, Best Narrative has been narrowed down to 13 Sentinels: Aegis Rim, Final Fantasy VII Remake, Hades, Ghost of Tsushima and The Last of Us Part II.

Onto Best Art Direction, featuring many of the same nominees, except on this occasion, Ori and the Will of the Wisps has joined the likes of Hades, The Last of Us Part II, Ghost of Tsushima and the Final Fantasy VII Remake.

When it comes to Best Score and Music, Doom Eternal, Final Fantasy VII Remake, Hades, Ori and the Will of the Wisps and The Last of Us Part II have been nominated.

However, for Best Audio Design, Doom Eternal, Half-Life Alyx, Ghost of Tsushima, The Last of Us Part II and Resident Evil 3 have been put forward.

Meanwhile, for Best Performance, The Last of Us Part II had two nominees, Ashley Johnson and Laura Bailey, for the roles of Ellie and Abby, respectively. They will be up against Daisuke Tsuji, who portrayed Jin Sakai in Ghost of Tsushima, Logan Cunningham as Hades from Hades Nadji Jeter as Miles Morales.

Moving on, the Games For Impact nominees are Ig Found… by Dreamfeel, Kentucky Route Zero: TV Edition from Cardboard Computer and Spiritfarer by Thunder Lotus Games. They are joined by Dontnod Entertainment's Tell Me Why and Paintbucket Games' Through The Darkest of Times.

Next, the Best Ongoing category, those nominated include Apex Legends, Destiny 2, Call of Duty: Warzone, Fortnite and No Man's Sky.

Onto Best Indie, up for the award are Phobia Game Studio and Devolver for Carrion, Mediatonic and Devolver for Fall Guys: ultimate Knockout and Supergiant Games with Hades. The trio are joined by Mossmouth, LLC's Spelunky 2 and Spiritfarer.

When it comes to virtual and augmented reality, the Best VR/AR nominees are Dreams by Media Molecule, Half-Life: Alyx, Marvel's Iron Man VR, Star Wars: Squadrons and The Walking Dead: Saints and Sinners by Skydance Interactive.

Up next, Innovation In Accessibility. Those nominated include Assassin's Creed Valhalla, Grounded, Hyperdot, The Last of Us Part II and Watch Dogs Legion.

Furthermore, the nominees for Best Action/ Adventure include Assassin's Creed Valhalla, Ghost of Tsushima, Marvel's Spider-Man: Miles Morales, Ori and the Will of the Wisps, Star Wars Jedi: Fallen Order and The Last of Us Part II.

Moving on to the Best Role-Playing Game, titles up for the prize include Genshin Impact, Final Fantasy VII Remake, Persona 5 Royal, Wasteland 3 and Yakuza: Like A Dragon.

Time to put em up with the Best Fighter category. Those nominated are Granblue Fantasy: Versus, Mortal Kombat 11 Ultimate, Street Fighter V: Champion Edition, One Punch Man: A Hero Nobody Knows and Under Night In-Birth Exe: Late[CL-R].

However, for Best Family game, Crash Bandicoot 4: It's About Time, Animal Crossing: New Horizons, Fall Guys, Mario Kart Live: Home Circuit, Minecraft Dungeons and Paper Mario: The Origami King will battle it out for the award.

On the Best Multiplayer front, Animal Crossing: New Horizons, Among Us, Call of Duty: Warzone, Fall Guys and Valorant will battle it out to clinch the award.

The nominees for Content Creator Of The Year include Alanah Pearce, Jay-Ann Lopez, Nickmercs, TimTheTatMan and Valkyrae.

The last category is Best Esports team. Those up for the award are Damwon Gaming, Dallas Empire, G2 Esports, San Francisco Shock and Team Secret.