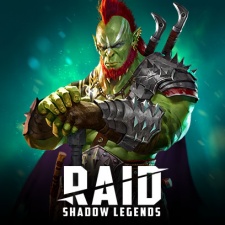 A new study by SocialPeta and Gameis has revealed that the Israeli gaming market generates $9 billion in revenue – with mobile being the most popular platform in the country.

Social and casual gaming are the leading investment category. As we’ve previously written, these genres enjoy a competitive edge in Israel, thanks to the considerable data analytics industries and expertise in the country. 74 percent of the workers in the country’s mobile gaming sector specialize in the genres as a result.

China is identified as the largest market for Israeli titles, responsible for 15 percent of downloads. This is followed by Israel itself at 14 percent and Russia at 12 percent.

The biggest names in Israel

Playtika, Plarium, and Moon Active were identified as some of the biggest mobile game companies. The report highlights the Plarium title RAID Shadow Legends in particular, stating that the game has been a strong performer in the US market, which contributes 70 percent of the game’s revenue and 40 percent of its downloads. At present, the game is the second best-selling mobile RPG in both Europe and America.

Moon Active’s Coin Master is also highlighted, with the report noting the game’s strong revenue – over $1.3 billion – is largely due to the game’s strong performance in Israel. This suggests that, although other countries are more receptive of Israeli games – the USA, at nine percent, is the Israeli industry’s fourth largest market – a strong performance in America can still help a game achieve success.

This year, we listed Moon Active as one of the top 50 mobile game makers in the world.