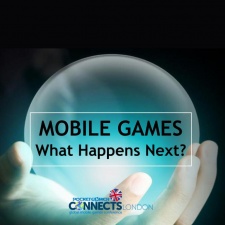 My talk Mobile Games: What’s Next? at Pocket Gamer Connects London 2018 covered a lot of ground.

From the fundamental need to question data and to think more holistically about the impact of products on growth, to the rise of non-gaming apps and the decoupling of the ‘global mobile games market’ into at least four discrete markets, there was a lot of scene-setting.

That’s because I think it’s important to understand what the mobile games industry was and is now before tackling the almost impossible task of thinking what’s next.

But, let’s face it, making predictions is exactly what the audience for such a talk expected. So post-talk, I’ve expanded that section into this article to describe some challenge and opportunity scenarios.

More importantly - in true Nate Silver-style - I’ve attempted to judge the likelihood of these scenarios happening and impacting the market in terms of their probability over a 2018 to 2019 timeframe.