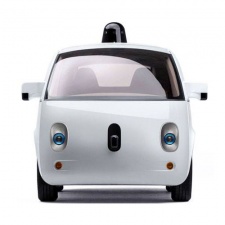 Smartphones used to be nerdy.

Using the alarm to wake up was the line between normal people (who only used phones to call and SMS) and unbearable nerds.

Then smartphones happened, and suddenly it's ok to use your phone for just about anything, except for actually making phone calls.

During the last 20 years, mobile phones and smartphones have been the most interesting developments in technology and society at large.

Think about it: we still build houses the same way we did 20 years ago. We still have largely similar cars, homes, kitchens, schools, and cities in general. Even computers and laptops are fairly similar to what we had 20 years ago.

Out of the things that affect our daily lives, smartphones have been by far the quickest to develop in the last 10 years (and mobile phones in the 10 years before that).

Compared to them, the rest of society has just about stood still.

Sadly, the pace of change is now slowing down for smartphones. At least that's sad if you like fast development - as I do.

Sure, they will still get incrementally better, and get used by still more people, but the really big change is now behind us.

By now, most people in developed countries are already using either an Android or iOS phone - with a large screen, and fast-enough processor.

Let's take the screen as an example.

Smartphone screens should be at a resolution peak by now. When Apple introduced the iPhone 4 they hyped its "retina" display that had more pixel density than your eyes could see.

Can you imagine using a VR headset on the bus?

The limit according to them was 300ppi. Sony's newest 4k display on a smartphone is now at 806 ppi.

Even if Apple was hyping just a bit, there's no point to increasing ppi anymore for smartphones. We simply can't see the difference in normal use.

Of course, when the platform growth slows down, so does the growth of mobile games built on top the platform. So, what's the next gaming trend after the big mobile boom?

There are a few suggestions.

Is anyone of these the next big thing?

Let's start with VR. I have to say, I'm a VR skeptic. It's not so much about the technology, but rather about how it fits into people's daily lives.

Can you imagine using a VR headset on the bus? I certainly can't. Anywhere public would be far too awkward for me to ever put those goggles on.

When I'm at home, it's okay for me to watch TV together with my family. Playing a game on a PC is borderline okay with my family, but usually not.

Putting on goggles where I completely shut out the rest of the family - that's not going to be okay for a long while.

All of this points to VR DAUs (Daily Active Users) being very low for a long time.

Of course, low DAU just means that the F2P and mobile business models will not be viable. For some years to come, VR will work like consoles - the consumer pays up-front for expectations.

It does not matter that much how many hours they actually end up playing the game. It has to be quite a steep up-front payment to make up for the low volumes.

The only people who can really jump into VR early on are single people.

The only people who can really jump into VR early on are single people. The caricature I have in mind is a guy in his man-cave.

Of course, there are some VR experiences where you get to physically move around.

To me, that feels much more interesting than a cockpit experience. That means, that the man-cave need to be quite large - further limiting the target group.

So, what we demand is: someone single who can put a lot of time into a very asocial and introverted hobby, with access to a man-cave that is quite large.

Frankly, that sounds like teenage boys still living with their parents. Which is, therefore, my best guess at the initial customer group for VR.

VR screens still have a huge way to go.

Apparently the human eye can see some 300-600 megapixels (by moving your eyes while the head is still).

A 4k screen is 8 megapixels, Apple's newest iMacs are at 15 megapixels. Which means that there is still some development ahead of us before we get to the 'retina' level for VR.

We will still be able to see the individual pixels for some years.

Together this means that I do not believe VR will get anywhere near mobile games for the next 5 years when it comes to business potential/revenue from games.

For eSports, I think VR could work. Especially with one of those physical rigs where you actually run to move inside the game.

For eSports, I think VR could work.

Personally, I would be a lot more interested to watch an eSport that included partly physical action. But maybe that's just me.

What about some other trends?

Smartwatches have not taken off yet. Perhaps that's just a well for us.

Partly, they are a threat. If people start using watching as phone replacements, we are likely to lose revenue in the process. It seems that the larger the screen, the longer the game sessions, and the higher the spend from the consumer.

Smartwatches are at the very extreme end of the scale, with up to a 100 15 second sessions a day, and likely low spend per customer. Which means that I hope they stay as supplements rather than replacements for smartphones.

So far, there has not grown up any large game market around these devices. I don't think these will get to any significant revenue in the next 5 years.

Self-driving cars will free up people's time while they commute.

My bet is that they will keep to less than 10% of the mobile game industry size.

Then there are a few developments coming up that could help grow mobile games.

Rollable displays, such as the one Samsung demoed, can make the screens in our pockets larger. And, as I already pointed out - larger screens usually mean larger revenues.

Another positive development for us are the self driving cars. It will free up people's time while they commute, and a lot of that time will be spent playing games.

In a way, American commutes might get a lot more similar to Japanese commutes. Cars become one-person subway trains, containing a bored person that craves distraction from their smartphone. Sounds promising…

To sum up, I do not think anything new the next 5 years will be getting close to the growth we saw in the mobile games industry over the last 5 years.

My bet is that VR will remain fairly niche, as will smart TV gaming. Smartwatches can actually be a threat to us, while self driving cars and foldable screens might help the mobile industry itself grow larger.

What do you think are the next big trends?

What happens if you give $100,000 of your marketing budget to your game's superfans?