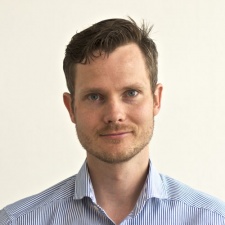 Nonstop Knight  hit the global markets about two weeks ago.

Developed by Finnish startup Kopla Games, and published by German outfit Flaregames, it's been a successful launch, and one we can learn a lot from.

For instance, while we can congratulate Machine Zone (MZ) on their success with Mobile Strike, that game does not offer us significant new insights.

It's mostly just a very well executed second take on the mechanics that gave them a hit with Game of War.

Nonstop Knight, on the other hand - while not nearly as high up on the charts - is breaking new ground in gameplay, and set a new launch record for Flaregames.

The game is an idle-action RPG. That might sound like a contradiction, which is exactly what makes it interesting!

The first time I played it, I did not even realise that it was (a sort of) idle game.

It came as a great surprise to me, when the game told me that my knight will keep on fighting even after I put the game away.

The game is about a knight fighting his way through monster-filled levels.

The guy or girl (you get to choose), will happily whack monsters as you look on. At the bottom of the screen are 3 Skill buttons for special attacks.

This is all the player does during the core game; tap these buttons to activate the special skills.

Each floor (or level) demands you to kill 20 minions to pass to the next Floor. Killing minions gives you coins, which are used to upgrade your gear.

Every 3rd floor ends with a boss fight. Your knight will not fight a boss fight automatically - you have to be there for her to do that.

Which means that the most progress that can happen offline is advancing 2 floors, and then collecting a bunch of coins by auto-killing a huge number of minions while waiting for you to get online and help with the boss fight.

When you win a boss fight, you get a chest with new gear. It's a gacha mechanic.

Once you have collected several swords, it is frankly hard to know which one of them is the most efficient.

You will, inevitably, hit a wall where you can no longer advance.

Frankly, I do not care to calculate which one is better. At times, they are each better in different situations. For instance, one might be better in a boss fight with one big monster, while the other might be better for advancing against several smaller minions.

The place for skill

This is actually the place for skill in the game.

With good combinations of the gear and special skills you have collected, and well timed uses, you can advance a few floors further than you would with mindless casual play. You can beat the odds for awhile longer.

Then, you will, inevitably, hit a wall where you can no longer advance.

Usually, it is in a boss fight - but your knight can be killed by minions as well. That happens in the situation where you have skillfully beat a really hard boss, and then leave your knight to fend for herself.

If a boss kills you, you will just reset to 5 seconds before the boss fight started. You can fight the boss as many times as you like.

If the minions kill you, you reset to the beginning of that floor - also less than a minute back. And in both cases, you get to keep your coins and gear.

When you finally give up in the face of mounting resistance, you tap the "Ascend" button.

This resets you to the top floor (1), and takes away all your coins and gear. Instead you get a bunch of tokens to spend on permanent boosters that give you e.g. "+425% damage" or "+550% armor".

The next time you play through the game, you will advance at a significantly faster pace. Your knight will just about run through the early levels and kill everything with a single blow.

It it better to have 2 clones dealing damage or one clone that deals damage as well as heals your knight?

The special skills I mentioned earlier are also not reset. You earn them by leveling up.

There are 6 main skills, of which you get to choose 3. Each skill has 5 sub-versions with different twists that you unlock as you level up.

Usually, the twists get better as you advance, but here too that is not completely self-evident. It it better to have 2 clones dealing damage - or one clone that deals damage as well as heals your knight? You get to figure that out with trial and error.

Each time you reset the game and start from floor 1, you will play through the levels at a faster pace than before. A sufficiently upgraded knight will kill up to 5-10 minions with a single blow of the weapon.

If that is not enough for you, you will get two items that speed things up further. A Frenzy Potion bottle will make the knight advance at an even faster pace.

With that, you can advance some 20 floors in a few minutes.

A Boss Ticket does almost the same thing: it lets you skip the minions altogether and simply battle the next 3 bosses in a row - thus advancing 9 floors.

Each play through the game will get you slightly farther than the last. The first time, you might get to perhaps floor 30. Next time to floor 45.

After playing for a week you can reach floor 150, etc. As in all idle games, this is achieved by having the costs escalate faster than the coins you earn.

Even though this is an idle game, progress when offline is quite clearly capped.

As you cannot advance past a boss battle without actually playing, you will have to be online tens of times for each playthrough of the game.

Watching the knight do her job will advance the game at about 3x the speed of offline play.

Contrast this with e.g. AdVenture Capitalist where you can reset the game after a week of idling, and reach past your previous record in two sessions and a day of idling.

Watching the knight do her job will advance the game at about 3x the speed of offline play. That's without actually doing anything.

If you actively play, you will advance faster still. It takes about 2 minutes to advance 3 floors (from one boss to the next), which is the maximum it will advance offline.

The monetisation is very light, but seems to work.

The game has kept up on the grossing charts, even after falling on the download charts when the first featuring by Apple was over.

There are time limited offers that keep rotating. You can buy the gacha chests, coins, tokens (i.e. the coins for permanent upgrades), revives, XP, etc. with hard currency.

You can also watch videos to get lesser rewards, like the gear gachas or coin packs.

The starter pack that includes a bunch of goodies and a helpful baby dragon seems to be popular. I bought that quickly myself.

While the game is very rewarding early on, I would bet against this staying on the top grossing chart.

There's just no way for a superfan to spend significantly in this game. It also lacks an end-game, and is very light on social features.

With a game like this, we should see very nice early retention, but it is unlikely that people will keep up the habit for several months.

Can Machine Learning tune your game better than you can?