The Taipei Game Show 2020 cancelled due to the coronavirus

Some of it will be put online 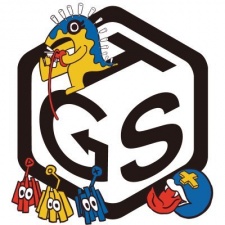 The Taipei Game Show 2020 has been cancelled due to the coronavirus pandemic.

As announced on the event's website, it was scheduled to take place from June 25th-June 28th – it was first set for early February. The organisers are arranging refunds for all who purchased tickets.

Due to the event attracting around 300,000 people, the organising committee suggested that it would be negligent to let it continue. Furthermore, there are 235 confirmed COVID-19 cases in Taiwan.

Organisers also acknowledged that international guests and speakers would not be able to enter the country thanks to border control.

"The priority now is to comply with the guidelines and countermeasures announced by the government authorities and prevent the epidemic from further spreads. Therefore, we decide to call off the Taipei Game Show 2020."

However, plans are being made for an "Online Business Matching Event" and "Taipei Game Show Live."

This follows other events like E3 and GDC being cancelled, while EGX Rezzed and Reboot Develop Blue have both been postponed until later in the year. Cologne's Gamescom is still set to go ahead at the moment.