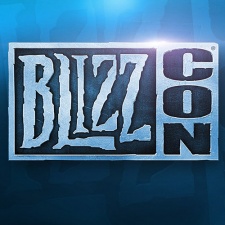 Activision Blizzard has cancelled this year's BlizzCon event due to complications caused by the ongoing coronavirus pandemic.

As announced in a blog post, the annual games convention was expected to take place in November at the Anaheim Convention Centre in Calfornia, however this will no longer take place.

The show's executive producer Saralyn Smith claimed that organisers are looking at a digital format to replace the convention, which will likely take place in early 2021.

"We're feeling deeply disappointed about this decision, and imagine many of you will feel the same," said Smith.

"I truly love BlizzCon, and I know that's a sentiment shared by everyone at Blizzard. We will sorely miss connecting with so many of you at the convention and 'recharging our geek batteries' this fall."

"We're talking about how we might be able to channel the BlizzCon spirit and connect with you in some way online, far less impacted by the state of health and safety protocols for mass in-person gatherings. We'd want to do this as soon as we could, but given that this is new-ish territory and the different factors involved, it will most likely be sometime early next year."