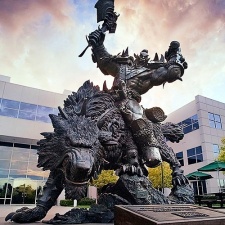 Activision Blizzard staff are planning a strike to protest against the company’s response to a recent sexual harassment and discrimination lawsuit.

Workers are demanding that Activision removes the compulsory clauses that are present in employment contracts and are requesting new practices regarding the recruiting, interviewing, hiring and promotion processes to improve the company’s diversity.

In addition, staff have called for the publication of data relating to relative compensation, salary ranges and promotion rates for "all genders and ethnicities". The workers have also voiced that they wish to bring a third party to audit the company’s management levels and HR department.

Activision Blizzard CEO Bobby Kotick sent an email to employees calling the company’s actions "tone deaf" and promising that "swift action" will be taken to ensure a "safe environment".

Over 3,000 current and former employees of Activision Blizzard have signed an open letter to the company condemning their actions and response to the allegations.

"We are taking swift action to be the compassionate, caring company you came to work for and to ensure a safe environment," said Kotick in the internal email to staff.

"There is no place anywhere at our company for discrimination, harassment, or unequal treatment of any kind. We will do everything possible to make sure that together, we improve and build the kind of inclusive workplace that is essential to foster creativity and inspiration."

The walkout is expected to take place between 6pm to 10pm UK time (10am to 2pm PT) on July 28th. Staff will exit the building and protest at the main gate of the Blizzard campus.

A virtual walkout for those unable to attend will be held from 5pm on July 28th to 2am July 29th UK time (9am to 6pm PT). To raise awareness on social media staff are being encouraged to share the #ActiBlizzWalkout hashtag.