The most significant games 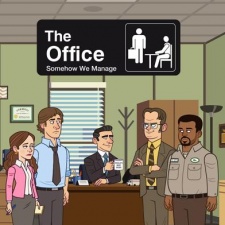 At PocketGamer.biz, we happily sit inbetween the world of business and consumer writing.

You can consider it 'biz-sumer' or 'consum-ness', if you like.

What that means in practice is that we write about the business of mobile games from the point of view of passion about mobile games.

Neither are we clueless fanboys, who write articles from the seat of the pants, heart on sleeve etc...

In our view, the best mobile games require business and pleasure in equal measure, which is why we're starting our Game of the Week feature.

It's where we'll highlight the games we consider the most significant, hopefully in a positive way, but perhaps sometimes in a cautionary way too.

You'll enjoy or learn something from playing these games, maybe both.

PocketGamer.biz's 22 most anticipated mobile games of 2022

Reply
Takeme Fromhere developer part time at kativiti.com
im proud to know the author and i must say hes a brilliant platformed.
i was happy when he help me in my game.

Reply
Jesse Conlon Gamer at Berryio
Such a great game! I love the plot and its character, will definitely play this later after playing blog.secretslots.com. Can't wait!

Reply
Teut Weidemann
I lolled: "Battlejack, is very exciting indeed, and nothing like anything we've played before."
Yes, it is a polished experience but everything in this game, nearly everything is copy/paste from other games. Well done indeed, but maybe the staff of Pocketgamer didn't play Puzzle&Dragons, Best Fiends, Summoners War, Clash Royale?
Posted 4 years, 5 months ago
Reply
Gaming Unicorn Marketing Director
It's a polished game, and it has a nice core loop, but for fans of the series, Intelligent Systems has done the equivalent of turning chess into checkers. There is no perma-death. If you fail a stage, you can pay to continue - making the product pay-to-win. The small map and limited number of characters you can control in battle make the experience more about the stats of your cards than your strategic skills. Gacha is less consumer friendly and far lower value than the novel solution 3DS provided for Fire Emblem Fates: buying an Amiibo of a legendary character (like Marth), which you can scan in, battle, and add to your team. FE Heroes also requires an internet connection, which makes it vulnerable to sunsetting. It's a real Fire Emblem game, but it's also a series low point - the "Superman IV" or "Phantom Menace" of the series.
Posted 4 years, 12 months ago

Reply
Rejane Balisi
This game is really cool , i love the characters.Never before i play mobile game again then i discover this WWE Champions and Arcadia Phantasm https://t.co/ObjJQmkjj9 .

Reply
Mathieu Castelli C4M Productions
I find the squad controls clumsy.
I also find the battle end zoom on 'vibrating' troops around the giant not on par with the production value, strange to zoom on a defect probably due to pathfinding/positioning.
Posted 5 years, 1 month ago

Reply
Mathieu Castelli C4M Productions
This comment was for Dawn of Titans.
This thread is attached to changing games which is a bit weird...
Posted 5 years, 1 month ago

Reply
Greg Quinn CEO/Lead Developer at Meltdown Interactive Media
Yeah, it is a bit weird.
Posted 4 years, 11 months ago
Reply
Gaming Unicorn Marketing Director
When CSR2 hit the market, it looked like Natural Motion might become part of a new wave of developers embracing transparency in pricing. The game's base currencies were not offset from real dollar value: 300 gold coins cost $3.00, 500 gold coins cost $5.00, and gacha could be skipped entirely in favor of directly purchasing cars. Better still, currency pack prices did not exceed $9.99. This was an evolutionary step forward, which left me excited to see how they managed pricing on their next game, Dawn of Titans. Well, it's out, and it's a massive step backwards. Offset currency is all they offer, and that indefensible $99.99 IAP bundle has reared its ugly head, too. It's sad, because I know this one has been in development for a long time... but the monetization model leaves me unwilling to even give it a download.
Posted 5 years, 1 month ago

Reply
TitanBrawl
Thank you all for your comments!
Here's the team behing Titan Brawl:
https://www.youtube.com/watch?v=LiPBArp1Aa8
Posted 5 years, 2 months ago

Reply
Jak Marshall Games Analyst
This game is gorgeous to play, no doubt about that.

Being able to play this game and maintain a sense of progression from session to session as you complete the checkpoints is somewhat tempting. I'll be keen to see quite how many casual consumers agree with that notion. We're in uncertain territory. I've never seen a game charge the player to have a save file!
Posted 5 years, 2 months ago

Reply
Min Zhang
This game has really high production values.
The gameplay is a pretty innovative take on card battling.
The energy and monetization has some weird asian influenced stuff going on though. It will be interesting to see if the game can be successful long term.
Posted 5 years, 4 months ago

Reply
Jennifer Bradshaw Data Analyst at DHXMedia
Thank you VERY much for having the option to toggle a one-page view instead of a slideshow! Those annoy me to no end.
Posted 5 years, 6 months ago