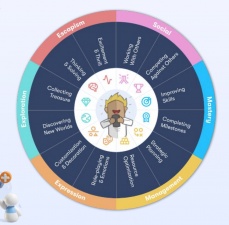 Renovation elements are a key motivator for mobile gamers and are found in every one of the top 100 grossing casual games released in the US since 2020, according to GameRefinery.

In its new report, Motivations and Demographics Snapshot Report, GameRefinery outlines some of the key driving factors for why users are motivated to play mobile games.

A reason to renovate

Renovation elements fall under the expression motivator and the success of this gameplay feature can be attributed to the casual mobile game player’s drive to "clear up space and improve it".

One example of this is Royal Match from Peak Games in which players complete match-three puzzles to renovate various rooms.

"The competition for players’ attention and engagement is fierce in the mobile gaming market," said GameRefinery VP of games Joel Julkunen.

"With so many games to choose from, it’s never been more important for publishers and
developers to understand the key motivations of players so they can create gaming experiences that keep players coming back for more."

Sensor Tower recently released a report that indicated that animal-themed games were the fastest growing theme in the US in 2021, with consumer spending rising 904 per cent.