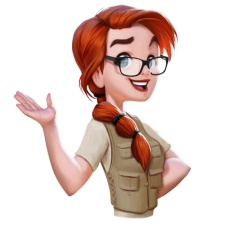 The studio is best known for its 4X strategy games and RPGs such as Vikings: War of Clans, Stormfall: Age of War and Throne: Kingdom at War. These titles are typically more tuned for a more midcore to hardcore audience.

Following success in that space, Plarium as acquired by Australian casino company Aristocrat Leisure in 2017 for $500 million.

And now one of its first new game announcements since that deal is its expansion into the casual games space.

But as Plarium producer and director of game design Dima Karger insists to PocketGamer.biz, the push into casual is not driven by its new owners, nor will it be leaving behind the hardcore market. Rather, the studio saw an opportunity to do something new.

“We saw that there's not a lot of real innovation in that industry,” says Karger .

“There are a few interesting things that have been done [in casual], but we saw that we actually can contribute a lot.”

Lost Island is a story-driven ‘blast’ title using a 12x9 grid that aims to harness narrative much like Playrix has done to great success with its own match-three titles Gardenscapes and Homescapes.

The game is a cross between Peak Games' Toon Blast, those Playrix titles, and Plarium’s own unique take which includes a new investory and item collection system for use in quests.

More than 750 levels are already in place, with the story focused on unravelling the dangerous mysteries of a newly purchased island.

Having focused on complex strategy RPGs for hardcore markets in the past, Karger believes that experience can help it bring something new to casual.

“For instance the story is highly integrated into the meta, the meta is a huge part of the core,” he says of its past RPG titles. “Such complexity is something we dealt with on a daily basis.

“That was something that came naturally to us. It's also the structure of the studio.

“Also, when you're working on hardcore games there's tonnes of testing that needs to be done and there are lots of things we really need our community for.

“We were surprised that casual games do not do that.”

Working with the community

To that end, Plarium has had numerous playtests from the start to help it along with development, using that insight to refine Lost Island’s gameplay.

One of the elements that Karger says has struck a chord with players early on is the addition of a story to the puzzle gameplay.

Story-driven elements are something increasingly being added to mobile games - as seen with the aforementioned Gardenscapes and Homescapes, as well as in the rise of interactive fiction titles on the app stores.

Karger says without story, while puzzles in casual games can be fun, gameplay can ultimately become tedious as the only reward is often a new map. The addition of a story, however, adds extra incentive to play through the levels.

“In addition to the puzzle solving, which is always interesting, they're really invested into the stories. It gives them this reason to continue,” he says.

And in Lost Island too, there will be no traditional saga map.

He adds: “I honestly see that what Toon Blast and Gardenscapes has done, more and more companies will join. The genre is great, the puzzles themselves are brilliant and they're super fun, but [casual] needs evolution.”