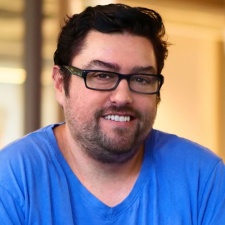 Barry O’Brien is a lead game designer at Plarium.

Game development is about balancing developer vision with desires of the fan base.

Gaming is a uniquely personal experience that often demands significant time and effort from the players, and should be a more collaborative development cycle than other industries where the relationship between seller and buyer is predominately transactional.

This shouldn’t be just from a reactionary position, like with patches or updates, but integrated at the very beginning of development.

The lines between game designer and player are blurred even further in modern gaming, where social media and other forms of communication make it easier and more effective to allow fans to share their feedback and help drive early decisions of a title through the global launch.

It’s particularly a growing trend in mobile where the market continues to saturate and player acquisition is an increasingly higher premium. With the majority of mobile games being free-to-play, it cannot be understated how perfectly orchestrated a game must be at launch to get someone to download and stay long enough to be a loyal player.

Our recent game Lost Island: Blast Adventure, a story-driven blast puzzle game with questing and item collection, is a great example of a title that was largely driven by fanbase involvement early in the concept stage, and would have looked vastly different if not for feedback from our audience.

Players didn’t just contribute to the more traditional aspects of games, such as beta testing, they also contributed to the idea itself.

At the beginning of the project, the Lost Island development team was responsible for creating 20 unique game concepts and narrowing it down to the best six.

A handful of the final six included an Animal Sanctuary, Magic Forest and even a Wedding Planner theme. Plarium shared these finalists with 800 members of our fanbase to find the most appealing to move forward with.

In a sense, the art style that is in the game is a result of the fans themselves since a hybrid was never part of the original plan.

Both the development team and fans were in alignment with the concept that eventually became Lost Island, but shared a difference of opinion about the type of art style they imagined encompassing the game.

The player feedback found a very even split between the clean 3D Disney/Pixar-style animation and the hand-painted 3D animation. In the end, the studio decided to move forward with a mix of the two as a result of the equal desire for both.

In a sense, the art style that is in the game is a result of the fans themselves since a hybrid was never part of the original plan. It’s easy to become complacent and think that as experts that we always know best, but those who play and experience our games can be vital contributors.

Once the game was far enough along in the development, our research team arranged bi-weekly user playtests.

The feedback that made it into the final game ranged from simple functionality features to gameplay mechanic changes that helped shape the final project.

We iterated through repeated playtest/review/feedback/implementation loops to make sure everything fans suggested within a certain scope would be included until we got to the final product.

There were three crucial areas where fans and testers helped us prepare the game:

Although simple indicators of how a game is interacted with seem trivial, it can only take a simple early discomfort for a player to abandon a game to try others in the market.

Testers who were familiar with match-three games continued to try to swipe the tiles early on in development, when in blast games it only requires a tap.

We were able to determine that our arrow icon was reinforcing a habit that is developed from playing match-three titles and replaced the graphic with a tap icon, clearing the problem up immediately.

At the beginning of design, our tutorial section was overly complex and confusing for many of the players. Players were initially confused by how to open the quest menu, change asset skins and deal with unresponsive NPC characters.

We heavily analysed player reaction videos to help us map how our players processed the game as it was being developed.

We were able to fix these through auto-opening the quest menu in the first tutorial area, changing the 'arrow' icon to a 'finger' icon because it was clearer to the player, and also added idle actions to each character.

This prevented players from thinking the game was bugging and instead made it clear their engagement was not part of tutorial advancement. Tutorials in mobile games are more crucial than with other platforms, as there is no upfront cost to purchase the game and thus little reason to keep a player interested through a confusing tutorial section.

At our company, we heavily analysed player reaction videos to help us map how our players processed the game as it was being developed.

It cannot be emphasised enough how instrumental player reactions are to helping us decide to move in a different direction with something, or reinforcing our current trajectory. It’s visual feedback that is most truly telling for us how players are experiencing the game.

There are plenty of times where a player's verbal feedback does not match what they actually want as a player.

For example, we knew we made the right decision blending art styles by seeing the player’s enthusiasm with the graphics.

Separately, we noticed great overall responses when players saw the whisp/ghost character, indicating the narrative would include more supernatural elements than the game initially indicates.

Standout innovations in the blast genre

A lot of Lost Island’s unique touches came from our history of making games predominately for the midcore to hardcore market.

Players, whether casual or hardcore, tend to enjoy a game that makes them feel the progress for the time and energy they’ve given to the title.

As a developer of many successful strategy games on social and mobile, such as Stormfall and Vikings: War of Clans, we understood that players enjoy a certain amount of depth in any mobile game that they spend a lot of time with.

It was important that we incorporated these principles into the casual environment of Lost Island. We aimed to create one cohesive adventure, rather than just a series of levels that many expect from casual games.

This is a trend that is pervasive across all gaming, regardless of platform. Players, whether casual or hardcore, tend to enjoy a game that makes them feel the progress for the time and energy they’ve given to the title.

It was these drivers that allowed us to create a wholly unique metagame for the genre including vastly different areas and quests, a more engrossing narrative than typically found in casual games, and an expansive inventory where players collected relics that are used to solve mysteries of the island.

Passionate player bases who feel connected to the universes that developers create for them are driving a lot of change for the industry.

It has led to the creation of development blogs, where developers share new items, weapons, or features on social channels they are planning to add into the game to get real-time feedback and leveraging that to not only drive decisions, but also engagement.

It is expected that these relationships will continue to grow in the mobile gaming space.

Reply
Antoine D. Perrin
Klondike The lost expedition is a money pit. it Takes lots of money to get anywhere far. They will keep responding it doesn't but it does. You have to buy certain areas, Buildings, Dynamite, etc because you only get 30 - 50 max energy and cutting down a tree takes 45 - 100 energy! when I say they try to "disguise" things as "chores" it gets tedious after so long because of the "Wait" Some things take hours to get made and then more hours to get a completed product. Buyer Beware!
Posted 8 months, 1 week ago

Reply
Paula Holland Dragg
When will the game get back to doing quests
Posted 1 year, 3 months ago