"The mobile market is in a weird place for 'premium' titles" 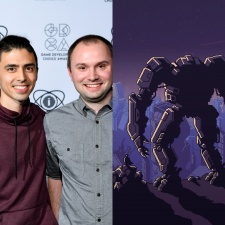 Despite the intense popularity of Subset Games' 2012 release, FTL: Faster than Light, it never made it to mobile (although you can read the FTL entry in PocketGamer.biz's Making Of series, which outlined the making of its iPad release), and when Subset released Into the Breach in 2018, signs of a mobile release seemed perpetually out of reach.

Until one week ago, when Netflix Games revealed it would be bringing Into the Breach to mobile exclusively to Netflix subscribers.

Exclusivity brings with it a host of advantages and additional pressures. Matthew Davis, co-founder and programmer at Subset Games, spoke with PocketGamer.biz on how their partnership with Netflix started, and translating Into the Breach for the small screen.

PocketGamer.biz: Firstly, this is Subset Games' first mobile release, following the iPad version of FTL. What compelled you to release Into the Breach onto mobile?

Matthew Davis: We love seeing our games on any platform on which we can ensure an excellent experience. FTL would only fit comfortably on the iPad, but we were pleasantly surprised to find that Into the Breach worked well even on phones.

What made you partner with Netflix Games, and how did the relationship begin?

Netflix reached out to us with an interest in getting Into the Breach onto their platform. At that point, we had put any mobile port on hold indefinitely: the mobile market is in a weird place for ‘premium’ titles and we had decided our time would be better spent working on new projects instead. The partnership with Netflix allowed the mobile port to be a practical reality.

There are benefits and negatives to exclusivity, especially when considering Into the Breach's widespread availability outside of mobile. What made you partner with Netflix Games, and how did the relationship begin?

Exclusivity is not something we take lightly, but in this case we felt that the benefits outweighed the negatives. The game is still available on other non-mobile platforms and will remain so. We appreciate that Netflix is platform agnostic, allowing us to release on both iOS and Android devices.

Exclusivity is not something we take lightly, but in this case we felt that the benefits outweighed the negatives

Even with the exclusive deal, we hope that the game being free for those who already have a Netflix subscription means even more people get a chance to try it than if it was for sale as a premium title.

Strategy games make for a more transferable fit for mobile but it can be easy to disrupt the core experience through porting. How did you convert Into the Breach's experience for the small screen?

Luckily, the core gameplay of Into the Breach was already a natural fit for mobile devices. The pacing makes it perfect for dropping into, doing the four or five turns required to finish a battle, and then setting it aside again. And since it’s turn-based, it does not demand fast and precise controls.

Similarly, onscreen real estate, and the impact of the player's hand obscuring the view at times, has to be carefully balanced. What – if anything – had to be compromised with the move from desktop to mobile?

The biggest compromises were made in the battle screen. We have a lot of on-screen information provided during battles, not all of which could fit at the same time. UI elements like the bonus objectives, or tile information, have to be partially hidden away during normal gameplay. But it’s all still easily accessible with a quick tap on the appropriate info box. We also moved that same information to additional places (for example, before the Player Turn begins) in order to compensate and make sure the player has multiple opportunities to find it.

Other pieces of information, like the Pilot list on the side, have always been ‘bonus information’ or just more for atmospheric purposes. They were able to be dropped entirely without significantly affecting gameplay.

The player’s hand obscuring gameplay was less of an issue for us, as you do not need to control the game while it is in action. You watch the enemy turn, consider your turn, and only need to ‘block the screen’ once you know what you’re going to do.

Overall, we’re really happy with the experience and feel that playing it on mobile is exactly as good as playing it on any other platform. We would certainly not have done the port if we didn't feel that.

Is Subset planning on creating mobile-first experiences in the future?

We actually have experimented with some prototypes that were mobile focused, so we’re not opposed to the concept. But we start the game design first, and whatever platform is appropriate follows.

You can check out the complete Netflix Games list through this link.