The firm's first mobile release since iPad port of FTL: Faster than Light, releasing on July 19 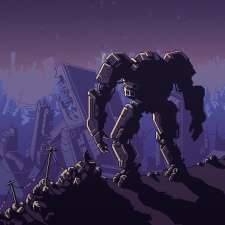 Subset Games have announced that its game Into the Breach is coming to mobile on July 19, with an exclusive partnership with Netflix Games.

Into the Breach will be the first Subset Games title to be released on mobile devices, with their previous title FTL: Faster Than Light being released for Windows, Linux, macOS, and iPad. Into the Breach has been the recipient of numerous industry awards, including Best Design at the Game Developers Choice Awards, Best Original Property at the Baftas, and the Dice award for Strategy/Simulation game of the year.

While the game will have a RRP of $14.99 for the digital edition, as with all Netflix Games releases, the mobile version of the game will be free to play, with no ads or in-game purposes.

Although the content has been unaltered, the game’s user interface has been revisited for mobile devices. The studio is also adding support for seven new languages, including Thai, Korean, and Arabic. This reflects a push to appeal to new players across all markets.

This partnership reflects Netflix Games’ growing presence in the games space, with the company’s games recently exceeding 13 million downloads. However, despite the growth of gaming subscription services, some analysts have said that they’re unlikely to become the dominant form of monetisation.