Journey and Sky: Children of the Light creator opens up about being outpaced by the mobile playerbase, altruistic IAPs, and belief in the metaverse 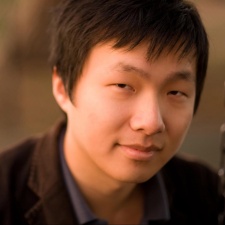 Perhaps not unexpected from thatgamecompany co-founder Jenova Chen, creator of Journey and Sky: Childen of the Light, but despite recently reaching 160 million downloads, the KPI he most wanted to celebrate was a very specific tweet.

“Someone who used to work at Pixar tweeted to say, ‘hey, I don’t play games but I played Sky with my daughter and at the ending I cried, so thank you for making this experience’. It’s funny; to me, no matter how many times a return you make, it’s when people say they appreciate your game because it helped their life that you really feel something.”

This philosophy is apparent throughout Sky: Children of the Light, which is now approaching its three-year anniversary. However, it was a hard-fought accomplishment, as the move from PC and console titles to a mobile-first experience – and the critical challenges encountered throughout this seven-year journey – brought harshly-learnt lessons.

What did we learn? Don’t reinvent the wheel.

“We battled with the expectations of our console players, which hate virtual d-pads. So we wanted to invent a better control scheme native to the touchscreen – we actually spent a year-and-a-half on making a control scheme we felt was more suitable.

“What did the mobile audience do? It moved on, and just adapted to the virtual d-pad. We spent all this time working on something for our traditional console audience, when there are 10 times as many players who have never touched a controller and have always played games with a virtual d-pad. It felt like we had wasted a huge amount of time and R&D on a feature that only a fragment of our audience would really respond to. What did we learn? Don’t reinvent the wheel.”

I did it my way

thatgamecompany’s next biggest shift was moving from premium, complete experiences to a freemium model with a persistent content pipeline. Chen identified some of the more mercenary methods of monetisation, which run against his ideology.

“People told us, if you don’t charge, you won’t survive. But we wanted a freemium model that aligned with our emotional goals – to create positive feelings between human beings. Many IAP strategies are built on negative emotions; they appeal to our greed or fear of missing out, or they don’t promise positive outcomes, instead putting you into a lottery. I couldn’t imagine letting my wife or kid have that experience.”

Chen’s irregular approach to IAPs stands at odds in an industry that exerts significant expertise to determining the influence of game economies on player engagement, but it has not smoothed the edges of Chen’s central objective: creating emotional resonance from games.

“I wanted our IAPs to feel like taking your family to Disneyland or buying a present for a friend, payments that we can feel proud of. So, we focused on designing mechanics where not only do people feel comfortable to buy something with their own money, but to give it to someone else.”

This culminated with thatgamecompany’s unusual approach to IAPs: Chen’s GDC 2022 talk, Can we experience compassion through play, detailed how the company sought to encourage true altruism among players, exploring restrictions such as not allowing players to purchase items for themselves to driving players towards gifting, rather than trading, which perhaps counterintuitively led to the removal of incentives to gift.

The approach seems to have worked. “Around 22 per cent of revenue is gifts. But we created a season pass multipack, available to players as a one-off, to allow people to share as gifts. We found around 40-50 per cent of season passes were actually gifted.

“Initially, we thought people were trading season passes to save money. But interestingly, we had people messaging us saying they had gifted all they could and asking if they could purchase multiple bundles. We created another season pass token, strictly for gifting, as a result.”

“I believe in the metaverse”

It is impossible to escape the gravity of blockchain gaming in the mobile games industry, and while its mercantile edge and high-profile failures may not make it an immediate match with thatgamecompany, Chen’s academic and technologist background has made him more open-minded to its potential than perhaps some of his contemporaries.

I believe in the metaverse. But right now, there’s just too much noise.

“Every day, people approach me about getting Sky on Web3. But my family actually got into crypto during its first wave – even my mother-in-law got into it. There is a saying in China: when grandma’s jumping in to buy something, it’s too late. And, yes, we lost a lot of money in that first wave. Right now, this feels like the same thing, and it’s not very convincing.

“We’re the games industry. We make channels to play games and the content on these channels. I’m open to this kind of innovation on the financial side, but that’s not why we jump into work every day. I don’t want to become a banker for crypto payments.

“I believe in the metaverse, if we figure out how to use Web3, and make the financial structure fairer, more evenly distributed for players, and provide additional value. But right now, there’s just too much noise.”

Aleksander Larson: A 100 percent player-owned, real-money economy is the way forward for the games industry