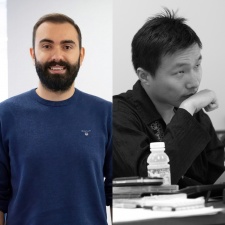 Amongst the recent talks at Index Gaming Summit was a discussion with the CEOs of Dream Games and thatgamecompany, who explored the building of "iconic" IP.

Dream Games, the creator of casual puzzle game Royal Match, was represented by co-founder and CEO Soner Aydemir who spoke about the qualities of an IP.

Jenova Chen spoke for thatgamecompany as its CEO, with a particular focus on mobile title Sky: Children of the Light.

With the highly competitive nature of the casual puzzle genre, Aydemir shared that Dream Games’ team spent time studying unsuccessful games to determine what doesn’t work. Overall, their observations led them to believe that business and designer-centric games are less successful than those focusing on user needs.

"Quality wins," he said. Further to the point of prioritising users over business, Aydemir added: "We have never focused on monetisation. We strongly believe that if we have a high-quality experience people will pay."

Chen, meanwhile, stated that thatgamecompany’s approach to a successful IP is creating "an experience that unites people and connects people" with an environment enabling players "to be vulnerable with each other."

Noting that thatgamecompany titles such as Sky feature "altruistic spending" in the form of gift-giving between players, he suggested that people feel more positively about spending when the money is spent on others. This creates a preferable environment for players, he suggested, rather than spending to bypass an in-game limitation.

"Internally, we don’t like to call our players 'users' because it sounds like it’s just software. We call our players 'players' or 'guests'," he said. "It’s a hospitality business really. You want the player to have the best experience."

The fundamentals of a strong IP

In order to make a success of an IP, both CEOs agreed that an emotional connection to some aspect of the game is fundamental. For Dream Games, having "a strong character" and a connection to their eyes is thought to help players develop "an emotional attachment to an IP".

However, above this, gameplay mechanics were said to be "the most important part".

At thatgamecompany on the other hand, the player’s character is oftentimes an avatar, so the form of connection is slightly different. "In a multiplayer game, we want the face and eyes to be more neutral so that the player can project themselves onto these characters," said Chen.

"When we make our online games we want to build emotional connections. We want people to connect with each other and have compassion."

The host of the conversation, Index Ventures partner Sofia Dolfe, led the discussion on towards how and when a developer decides to create a new game. "How do you decide when to start developing a new IP versus allocating all resources towards a successful IP?" she asked.

The CEOs both answered with creative approaches – that a new project should be driven by "inspiration and motivation" according to Chen, or when the Dream Games team starts "to feel we need to create a new game" according to Aydemir.

Dolfe also asked what the two CEOs predict for the future of the games industry.

"We will see more social design in games. Right now you can see so many casual puzzle games in the market use the same social layer. I believe we will figure out deeper social elements and integrate them into gameplay," answered Aydemir.

Chen shared that he would like to see games that interest everybody – regardless of age or gender – and that all people can enjoy playing together. "That is the final frontier," he said.

Earlier this year, Chen spoke with PocketGamer.biz on Sky's arduous seven-year development, and the essential internal changes needed to speak to the mobile playerbase after building its reputation and processes in the console and PC space.