The Game Creators: You should be able to pay for fast track App Store approval

Current time from submission to approval is a pain 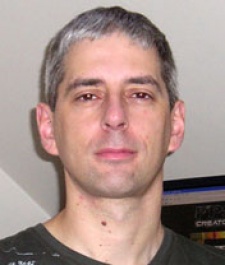 August 27th, 2009 - 09:00am
By Jon Jordan, Contributing Editor
It used to be that UK development company The Game Creators was best known for its DarkBASIC programming language.

Over the past eight months however, it's been successfully experimenting with, and releasing iPhone and iPod touch games such as iDare, iDork, and DropSum.

So after a previous interview about its first impressions of iPhone, we thought it about time we caught up again with Richard Vanner to find out about his experiences of iPhone development, as well as dealing with the App Store approval process.

Pocket Gamer: You've had over a million downloads of iDare, and iDork has been in the US Top 100 for a couple of weeks, so are you getting the hang of this App Store thing?

Richard Vanner: Yes, we seem to have created ideas that have gained customer support in the millions, which is very encouraging. I feel we've done well in our first eight months developing for the iPhone and iPod touch and we have a lot of great ideas that we would like to develop and get out there.

But it's certainly a hit or miss business in terms of the way the App Store is set up.

For example we created a fun, free game called iLooney. We thought it would be downloaded by thousands of users but it does a few hundred a day. This is a bit worrying because we don't want to spend months developing a title and then find it doesn't take off.

We don't expect all our titles to do the numbers that iDare and iDork have done. We realise that we'll have our winners and our losers. It's a just shame some titles don't get the air time they deserve.

We also have a great title called Mission Control which failed to chart. We're now going to release the title free to see if it can gain support.

What do you think is the hardest thing for small developers to get to grips with in terms of iPhone development?

Before working on iPhone, the team had been PC-based. It was a fairly quick process moving onto the Mac and the guys had to get to grips with Objective C. I would say it's easy to develop for. We haven't touched 3D yet so maybe that could be an area where we would have to be careful with things like polygon counts and optimisation.

How are you finding the App Store approvals process?

The process is straightforward and easy to follow. What pains us is the time from submission to approval or rejection. The waiting can be a week or stretch to delays of nearly a month. This queue for release is a real pain to us, especially when you consider that we made the first version of iDare in three days!

When we just want to fix a small bug or add some kind of social networking option, the coding is quick but the approval process is strung out far too long.

Take our current app iDork that's doing well. We're keen to keep the app high in the charts so we're building new levels to keep gamers interested. We can create these new levels fast but the approval process might take so long that the app falls away in the charts.

What do you think Apple can/should do to improve it?

I would recommend they create a fast track service that allows developers to pay for a quicker submission. They could have tiered pricing for say 48 hours, 3 days, and 1 week. Anything beyond one week would be free approval.

Your games have been focused on the 99c price range. Do you think that's the sweet spot in terms of what people are prepared to pay?

I think for small developers like us who are creating new intellectual property, it's the perfect price point. It's amazing value when you consider what you have to pay on other formats.

I also think free games with adverts can be a great way to make return on development investment. Each title is different and we can never be sure what is right until we release and see what the market decides.

You've been using various companies to provide ads for your free games, so how that's been working out?

It's been good and profitable, especially for the titles that have had the big downloads. We found there's an instant surge of game sessions which tends to fall away over the coming weeks.

Developers should monitise their free/Lite apps as often as they can. There is money to be made if you can get a charting app.

For iDork, we released a free version with ten levels to play. This week an update for that free version has been released which offers another ten levels of play. In between each level we call up an advert. We expect a lot of users to upgrade, play the game and some will ultimately click on the adverts.

We initially used AdMob which proved successful, and recently we've started to incorporate AdWhirl, which syndicates the adverts from a range of ad services, thus maximising the advert fill rate.

Your games haven't used a lot of social networking features so are you looking to do more of this?

We are about to release an update for DropSum which is now filled with such features. We've added OpenFeint support so you can see how your score compares to your friends and globally, and we've added Facebook support so you can post you score directly to your personal news feed.

What can you reveal about updates and ideas you're working on?

We are working on 25 new levels for the full version of iDork, these should be ready in about two weeks time. As mentioned above we have an update to DropSum about to be submitted this week too.

We are also working on a game called RetroShooter, so watch out for that in a month or so.