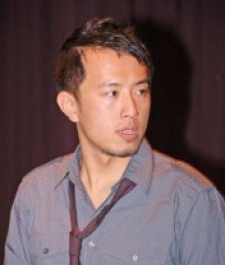 When: The past two years

Why: Lots of international game companies, including EA, 2K and Ubisoft, have major studios in China, which is where many Chinese indie game developers came from.

For instance, the two co-founders of Coconut Island Studio, Wesley and Ye, worked for Konami Shanghai; the CEO of GAMEGOU, He Dongxu, came from Gameloft China; and the programmer of Virtual Table Tennis, Wang Xi, was employed by Konami.

They chose to go indie because, just like many in other international companies in China, even the most senior local employees only take charge of production; to have any say in the design of a game is an unattainable dream. If we want to make games with our own ideas, we have to establish our own indie studios.

hoW: There are some basic background features of the Chinese game market you need to know before you can understand the situation for indie developers here.

The majority of local gamers are addicted to free-to-play MMORPGs, which you can play without spending a penny (if you dont buy special power-ups or gear). If they need a change and want to play offline games on PC or console, then they either download them for free through BitTorrent or just buy it pirated from a game store for 80c per title.

So, sadly, there really is little space in the Chinese home market for an indie game.

Furthermore, there are other factors which make it hard for Chinese indie developers like us to make a living through creating and monetising indie games in the Chinese game market. Firstly, as a private individual you cant publish a game in China and the local traditional game publishers dont have much idea of what indie is. Secondly, even if it gets published, the game would easily get cracked and be provided as a free download everywhere, which means its not economical just to make games for the Chinese market.

There are multiple barriers to entry. First, you need a licence to publish games, and the requirements for getting such a licence precludes an individual from publishing games. To get a licence, a company must have at least six professional staff who have specialised certificates in computer science or editing.

Even as a company, we had to figure out a way to monetise our games worldwide, which was difficult until the Apple App Store appeared. It cleared away all of the barriers for us to go indie, because we dont have to target just China.

As a result, more and more developers are making indie games for iOS and Android. Now everything seems beautiful, doesnt it?

However, only some indies can live developing indie games, because there are still several challenges. Firstly, theres a cultural issue; traditional Chinese game developers love to develop martial-arts related RPGs because they are very popular in China. Yet, as our main audience has changed to foreign customers, its hard for an exotic local RPG to get a good reception in the western world, even with good localisation.
Language is also a huge issue for Chinese indies. They can read English but speaking, listening and writing are much harder tasks. Without these essential abilities, especially for marketing (crucial for indies), you cant let the world hear your voice, so that they dont know the existence of your game.

The life is not easy for indie developers anywhere and the Chinese market throws up some huge challenges, even for Chinese developers. That said, we believe the indies era will come, even in China.