Opinion: E3's mobile misfire a sign that it's time for change 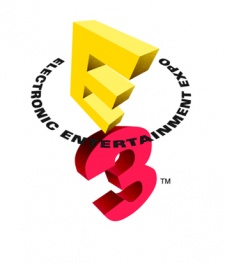 But if the uniformly grouchy response of the world's gaming press is anything to go by, it's no longer enough - not by a long shot.

Despite the fact that most of these commentators didn't even show up this year, their gloomy assessments were depressingly on the money. That they could call the show with dead-eyed accuracy without spending thousands of dollars says it all.

To the untrained eye, the difference between E3 and, say, Gamescom is fairly superficial. If anything, E3 still has the prestige, and commands the kind of high profile press conference showcases that Gamescom would kill to have.

And yet as an event, it stubbornly continues to serve as little more than a means for tens of thousands of American consumers to sample the latest round of console blockbusters.

The fact that the ESA still positions E3 as a 'trade only' event is beyond farcical. Anyone who explores the cavernous South and West halls will wonder exactly what part of the 'trade' these attendees occupy.

The combination of impractically designed booths, extreme noise and relentless congestion makes it a tiresome experience for anyone hoping to 'do business' or, hell, get some hands-on time.

By contrast, Gamescom's genuinely trade-only areas not only offer excellent places to meet contacts, but a stress-free chance to check out the latest titles.

I had hoped (rather optimistically, with hindsight) in the run-up to E3 2012 that this year might be the point that the show organisers (and its exhibitors) might have responded to the market changes.

In the absence of a new Xbox or PlayStation to get excited about, surely publishers would be keen to plug the gap by showing off its plans for handheld, mobile, social and download gaming?

How wrong can you be? With the noble exception of Square Enix's promising iOS line-up, and EA Mobile/Chillingo's off-site event, E3 was largely a wasteland for the portable-minded gamer.

In addition to its massively disappointing press conference, Nintendo followed that depressing showing with precisely one measly 3DS game on its stand - the excellent Luigi's Mansion 2.

No New Super Mario Bros. 2. No Super Paper Mario, no third party offerings, no upcoming eShop titles, and definitely no new announcements to maintain the building momentum for its handheld. It was as if Nintendo actively wanted to sabotage its own platform.

And despite the growing pressure on PS Vita to perform, Sony fared only slightly better, with only the Super Smash Bros. 'inspired' All Stars Battle Royale given airtime from its first party offerings at the press conference. Assassin's Creed 3: Liberation showed promise, but the Vita's show-stopper, Call Of Duty: Black Ops: Declassified merely had its full name confirmed. Hoo-rah, indeed.

All Stars? No stars

On the showfloor, the new Little Big Planet Vita was the undoubted star, next to a couple of download titles, but much of the emphasis for Vita was on the Crossplay functionality of LBP2, Sly Raccoon and All Stars Battle Royale.

To be polite, news was thin on the ground for fans of handheld gaming. To be blunt, it was another astonishing missed opportunity that defied logic.

As for Microsoft, Windows Phone 8 was conspicuous by its absence, which left the 'SmartGlass' feature as the sole item of relevance to the handheld community.

To say that the jury was remained out on this box-ticking exercise was putting it mildly. On the one hand, allowing tablet and mobile owners the chance to use their devices as a second screen/HUD makes a lot of sense.

Not only does it ensure that 360 owners don't have to buy proprietary hardware, it opens up a lot of the same potential gameplay opportunities that both Wii U and Apple TV are exploring.

On the other hand, if history has taught us anything, it's that developers tend to develop for the lowest common denominator, meaning that SmartGlass is likely to be an under-utilised feature unless Microsoft elects to really throws its weight behind it.

At the rest of the show, trying to root out mobile games felt like gaming's equivalent of Where's Wally.

None of the traditional console players bothered at all, while handheld representation was limited to the odd isolated Vita title like Spy Hunter (Warners), the risible Silent Hill Book Of Memories (Konami), Super Monkey Ball: Banana Splitz and Jet Grind Radio (Sega).

Activision Blizzard elected to announce the title of Call Of Duty Black Ops: Declassified, but nothing more.

We were feeding off scraps.

GREE did its best to give mobile gaming a genuine presence, but it's fair to say that the overall quality of its games made little impact on attendees.

With respect, there's work to be done before the Japanese upstart can feel like it has formally 'arrived' in the west.

But that's not to say that attending E3 was a total waste of time. Much like GDC earlier this year, a lot of the bona fide news came from bumping into people who weren't exhibiting, or those who chose to make appointments around the show, rather than at it.

Rather than taking the stage at a Microsoft presser, Peter Molyneux was spied casually chatting outside Starbucks.

Elsewhere, former Reflections stalwart Martin Edmondson was out and about promoting his new Thumbstar mobile outfit, while Team 17, and former Criterion veterans quietly went about showing off their new unannounced projects.

Such highlights hardly make up for the pathetic under-representation of large sections of the industry from E3, but they do at least show a willingness for the the nimbler sections of our industry to work around and even take advantage of its limitations.

Many have said that E3 hasn't really changed since the show was last axed in 2006, but as a representation of the industry, it's demonstrably worse.

Back then, you could typically rely on all formats and facets of the industry being represented somewhere - if only tucked away in Kentia Hall.

Six years on and it's almost the exclusive domain of (mostly boxed) blockbuster titles, with almost all of the creative, independent facets of the digital sector conspicuous by their absence.

Whether you blame the ESA for the show's narrower format, or the exhibitor's apathy for not bothering to use the show as a platform for its 'smaller' titles, the show's relevance as a worldwide industry platform continues to wane.

Maybe, just maybe we're all a little world weary. Maybe it's just that we, the journos have changed, and expect too much, and that everything in the garden is rosy. Yeah, perhaps not.

We've known for years that E3 (and downtown LA in general) is a poor place to do 'business', but there was always hope that this year would reverse the decline. It didn't, and all the show did this year was underline, yet again, how much further ahead Gamescom is as the world's premier gaming showcase.

And on that note, see you in Cologne. 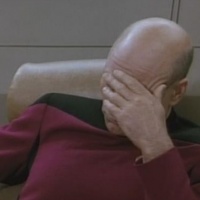 Reply
Tim Polumbo
well... consoles are winding down. The Wii U is new... but not next gen. The Vita and 3DS are being choked out by Android and iOS. So basically... there is nothing NEW and EXCITING to show off.

Also, there are not many new game franchises being created. Its seems like there are tons of sequels but not so many new ideas out there.

Things will get crazy again when the next gen consoles are announced. But we probably will not see them until 2013-2014.

You also have to remember that the economy sucks so people are less likely to throw money in the air and make it rain.

I hope I was on topic with most of my conversation.