New iPhone could demonstrate a 50 per cent CPU boost

Speed increase will have a significant effect on operation 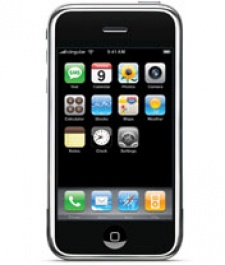 May 22nd, 2009 - 10:00am
By Spanner Spencer
Speaking on his personal blog, technical writer John Gruber has been looking at the rumours of the iPhone receiving a CPU speed increase in the new model expected to be announced in June, and the benefits it will bring.

"Much of what the iPhone does now is constrained by its CPU," says Gruber. "App launching speed, for one thing - faster app launching should make it feel more like switching between apps and less like quitting/relaunching them."

Currently the iPhone uses a Samsung S3C6400 CPU, clocked to 412MHz, despite the processor actually being able to operate comfortably at 667MHz, as it does in similar devices.

Presumably the reduction in speed was implemented by Apple to reduce the temperature of surrounding components and to preserve battery life, though Gruber feels the 50 per cent increase would make a huge difference to the iPhone's usability.

"Web page rendering is also significantly constrained by the CPU," he explains. "I was amazed at how fast Safari on my MacBook Pro could render web pages using the iPhones cell network connection. Web page rendering on current iPhones is hindered at least as much, if not more, by the CPU than by the speed of the 3G network."

The new model is expected to be announced at the Worldwide Developers Conference in June.